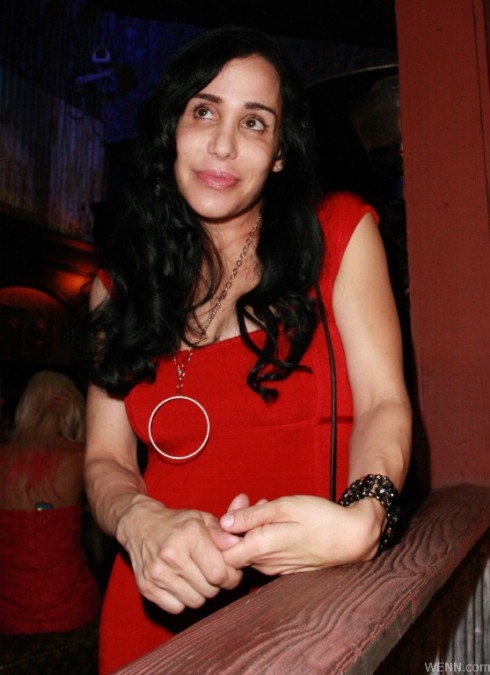 Nadya Suleman, the single mother of 14 deemed “Octomom,” undeniably has a lot of stress in her life. She used to cope with the anxiety by abusing Xanax. After a stint in rehab for that addiction, she discovered a new way to unwind: medical marijuana.

Although 76 percent of the nearly 38,000 respondents on a TMZ survey said it was reckless for Suleman to toke while in the presence of her children, commentors were moderately divided.

On the other side of the debate, one person wrote, “Frankly, if you have 14 kids to take care of. I think you need a lil weed from time to time.”

There aren’t any conclusive studies about how many parents use weed, one Redbook article estimated approximately 10 percent of parents partake in the occasional joint. This raises a few very serious concerns, particularly when all guardians are stoned at the same time.

“If both parents are high, there is no adult in a position to give complete care to small children,” explained Melissa Wardy, a mother of two. “Last year, my 2-year-old son fell down our basement steps. Had we been stoned, we would not have been able to give him emergency care, nor drive him to the ER or make coherent decisions about his needs.”

Because Suleman is the sole guardian for her 14 children, she is the only one who can make important, crisis-situation decisions. If she is impaired when an emergency arises — and who can guess when that will be? — then the well-being of her children is jeopardized.

That being said, Suleman may be better off with regular medical marijuana use than with occasional use.

“If you’re a regular user and you have a joint, you won’t see much cognitive effect; you build up a tolerance,” said Dr. Carl Hart, a neuroscientist who has studied people’s ability to function after taking the drug.

Medical marijuana is also less addictive than Xanax and other benzodiazepine. According to the U.S. National Library of Medicine, Xanax can be addictive if taken in large quantities or used for a prolonged period. Even people who take the medication exactly as their prescribed can become addicted to it. Benzodiazepines also have some serious side-effects, including lack of coordination, slurred speech, confusion and possible death. In contrast, only about 9 percent of pot users develop serious addictions.

Do you think Octomom’s marijuana use is reckless or understandable?