After Donald Trump accused Hillary Clinton of playing the “woman card,” her website began selling decks of “woman cards” for $10 a pop. Those were just normal playing cards with a politically charged name, but it inspired a Kickstarter campaign for an actual deck of “woman cards” featuring such notable women as Ruth Bader Ginsburg, Beyoncé, and — of course — Hillary Clinton. That campaign set a goal of $5,000 and it has already raised $115,328 with 20 days to go.

Not to be outdone, Trump supporters are countering with their own Kickstarter campaign for a deck of “Trump Playing Cards” that features The Don as all four kings in the form of historic leaders of the Western world like George Washington and Julius Caesar. Here are some examples: 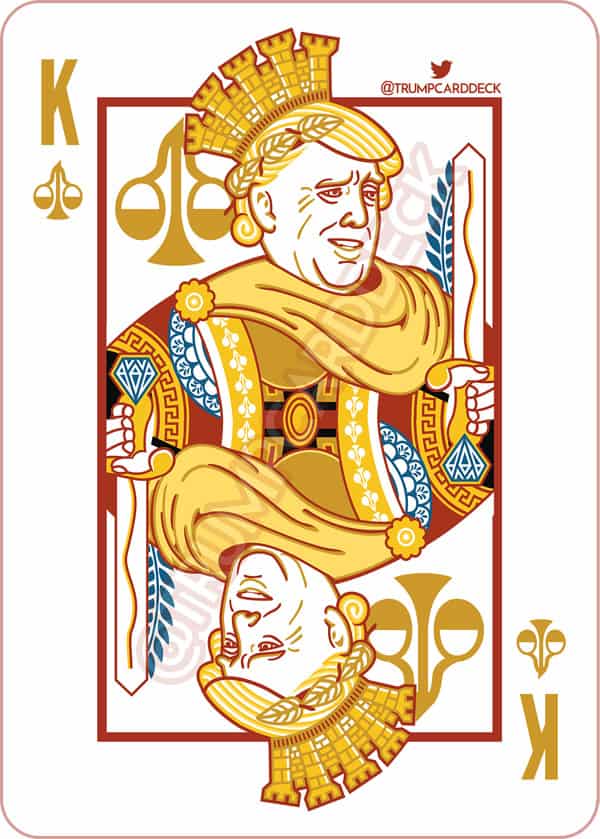 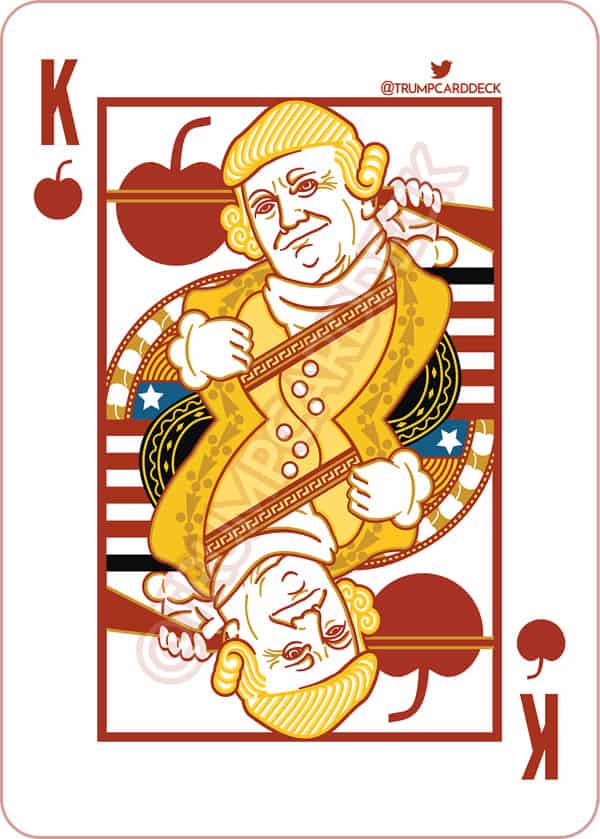 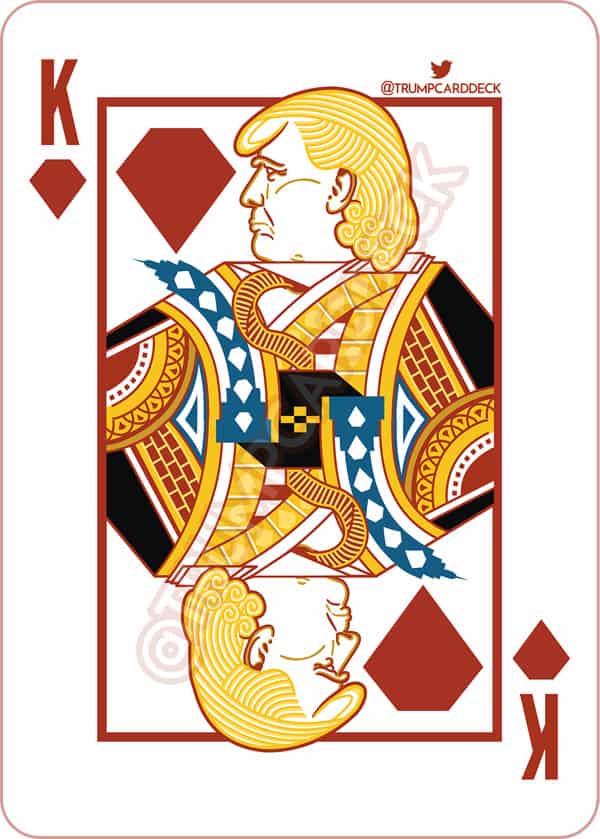 The rest of the “face cards” and aces will be a bevy of folks who have given their “permission and enthusiastic support,” including Breitbart Tech editor Milo Yiannopoulos as the Queen of Hearts and “spiritual guru, model, actress, singer, writer, and television personality” Tila Tequila as the Queen of Diamonds: 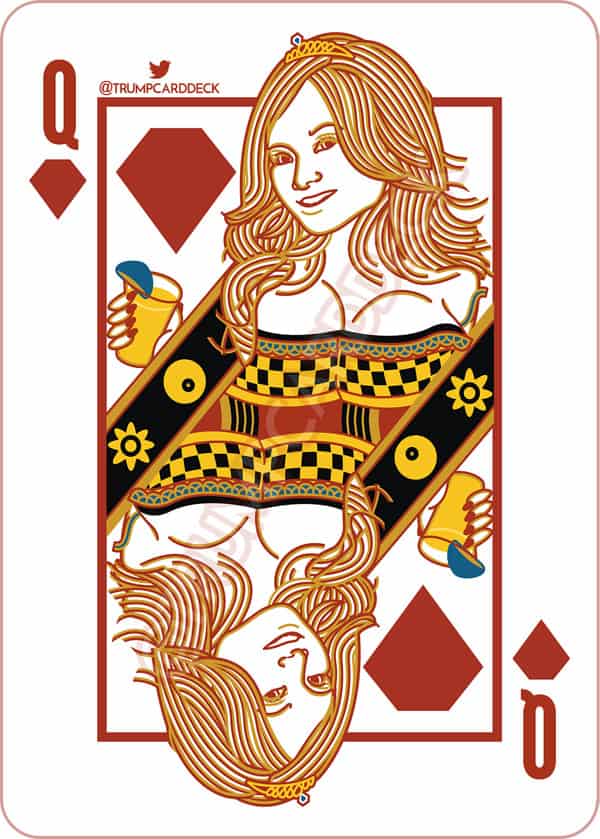 Here is the full list of face cards (so far) from the press release with previews of their cards (if available): 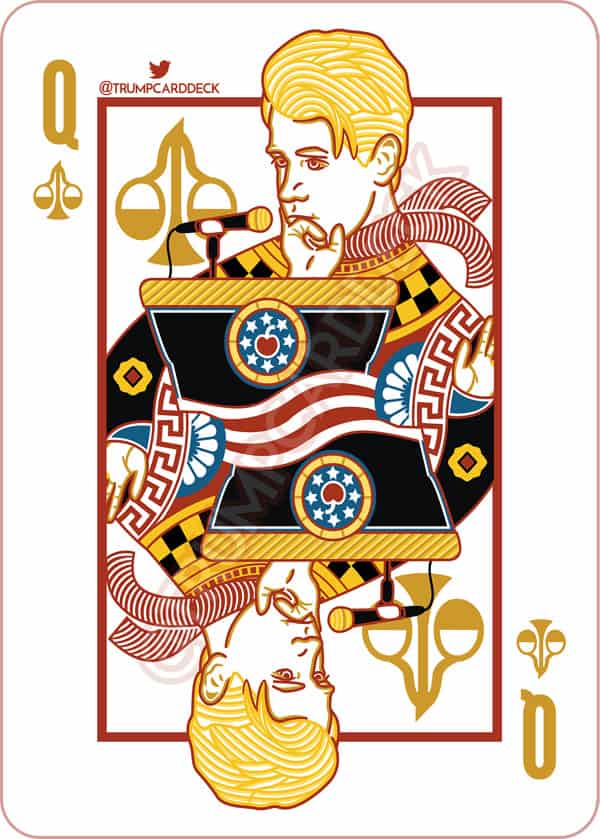 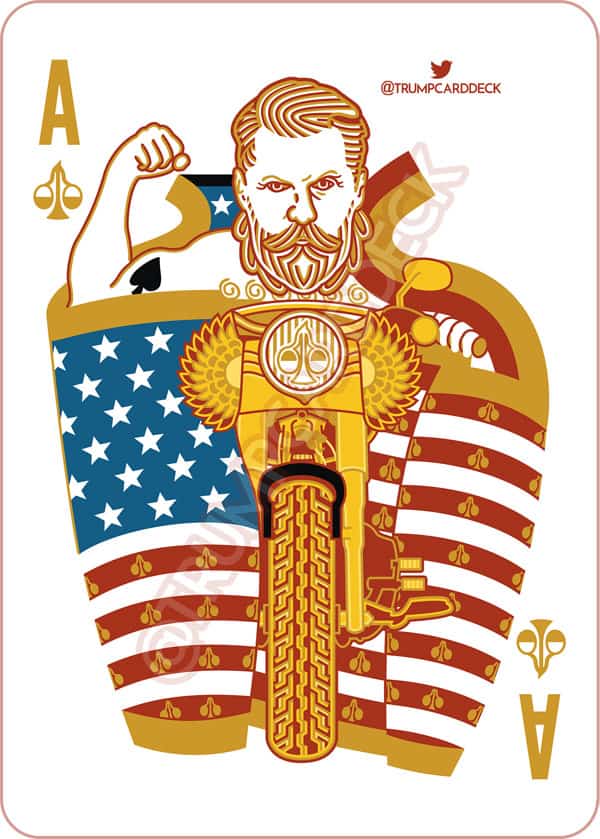 Lauren Southern (Commentator, candidate for the Libertarian Party of Canada – temporarily suspended due to outrage over her reporting of Vancouver “Slutwalk”. Had urine poured on her by a protester recently in opposition to her beliefs on gender.)

Sam Hyde (Right-leaning comedian, known largely for his TEDx talk given at Drexel U. where he shares premonitions of what might occur by 2070.)

Stefan Molyneux (Author of 10 books; Host of Freedomain Radio, the largest and most popular philosophy show in the world with over 100 million downloads.)

The Kickstarter was rebooted this week after the deck was revamped and it has raised $2,126 of it’s $10,000 goal. In order to get a deck for yourself (assuming the campaign reaches its goal by June 9), all you have to do is donate $15 to the cause. If you want to give more, then there are more incentives that include multiple decks, an uncut sheet of all 54 cards, and even the option to have yourself featured on four of the cards in a one-of-a-kind custom deck!

Here’s a promotional video for the deck, which features a parody of Trent Reznor’s song “Hurt,” famously re-recorded by Johnny Cash:

If they do manage to get their goal of $10,000, I hope that they will send Donald Trump a free sample. At least then he will be playing with a full deck. 😉 #rimshot

President Trump and the First Lady both have COVID-19