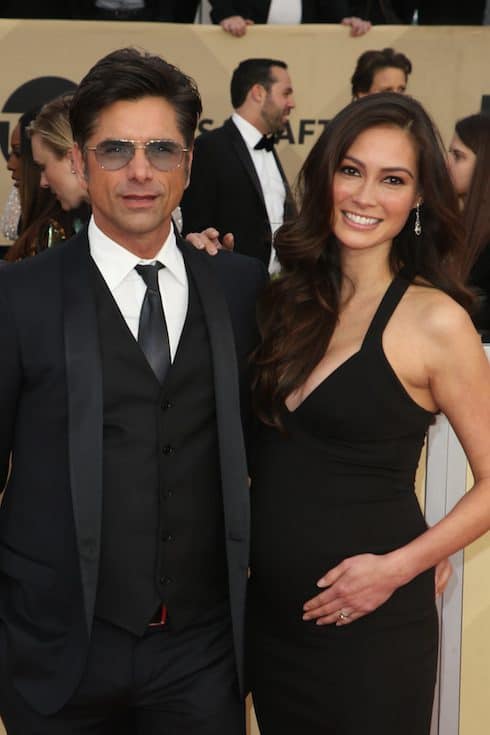 (Just for the sake of completion, we should point out that Caitlin was also the victim of a break-in the night before her wedding, when thieves took $165,000 in jewelry from her Beverly Hills hotel room. For optimism’s sake, though — the room was unoccupied at the time — we’ll stick to the woman’s many highlights for the rest of the article 😉 )

McHugh, a California native, graduated from the Flintridge Sacred Heart Academy in La Cañada Flintridge in 2004. That date would seem to suggest Caitlin was born in either 1985 or 86; however, none of the bios we were able to find for Caitlin listed a specific birthdate at all.

Caitlin’s Wikipedia page does list her birth year as 1984, as does a Google search for “Caitlin McHugh birthday.” Which would make her either 33 or 34 years old. But all the recent tabloid write-ups on the couple say she’s 31. So it looks like either Caitlin’s PR rep is working overtime, or there’s a simple lack of information out there for right now.

In either case, Caitlin followed high school by studying contemporary dance for two years at the University of North Carolina’s School of the Arts. After that came modeling work, as well as bit parts in a handful of movies and TV shows.

What’s Caitlin acted in? And what’s this Caitlin McHugh Buick commercial I keep hearing about?

Caitlin’s biggest role to date was a four-episode arc as Sloan on The Vampire Diaries back in 2014. Since then, the part that’s gotten her the most attention is her starring role in “Ingenue-ish,” a short film she co-wrote with Stamos. (It also appears that, contrary to recent reports, the two were dating well before they worked on the film together.)

As far as that Buick commercial, Caitlin co-starred in a recent spot for the 2018 Buick Encore. The clip features Caitlin as a woman headed to a baby shower who realizes she’s about to bring the wrong color cake.

According to ad analytics website iSpot, Caitlin has starred in seven commercials since 2014. And it turns out that three of those were for Buick — so, if you ever thought the woman selling the Encore looked surprisingly similar from year to year, it turns out there was a very good reason why.

Was Caitlin married to anyone before John Stamos?

Yes: Caitlin McHugh and Massimo Lusardi, a restauranteur, were married from 2011 until their divorce in 2014. Here’s a photo of Massimo in the wake of the divorce:

And, for balance’s sake, here’s a photo of Caitlin McHugh’s wedding dress from her marriage to John Stamos:

How tall is Caitlin McHugh?

According to Wilhelmina, her modeling agency, Caitlin is 5′ 8″. You can check out her full modeling profile here.

I'm looking for the castle. I think I'm close. Can you help me? ? LOVE how my @le.ears #beautyandthebeast ears transform this dress in to #Belle. I can think of at least three more characters I can be with this dress. Who else do you think I can be in a 1950's yellow prom dress? Remember when I was Dole Whip in it last year?

Does Lisa Barlow drink? The RHOSLC star’s tequila company and how ‘Mormon 2.0’ works