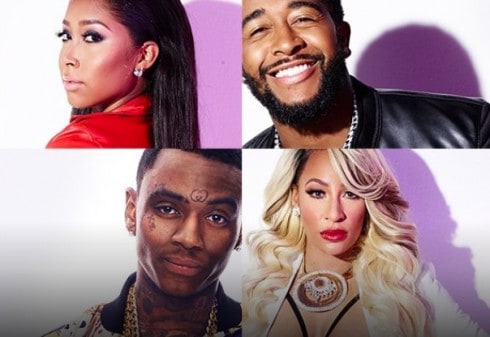 The newest installment in the LHH franchise is back: VH1 has just released the Love & Hip Hop Hollywood Season 3 cast and preview trailer, ahead of the season’s big debut on August 15th. Compared to the rollout for LHHNY Season 6 last year and LHHATL Season 5 earlier in 2016, there’s not too much specific information just yet, other than a few new cast members. In fact, it looks like VH1 might be trying to dial back expectations for LHH Hollywood‘s third go-around, thanks to what’s been widely regarded as a supremely over-the-top and ultimately disappointing season from the Atlanta crew.

Nonetheless, the official tag line for the upcoming season–”Under the bright lights of Hollywood things are going to heat up“–promises plenty of action, as does the short-but-sweet initial trailer. Here’s the first look at LHH Hollywood Season 3– the trailer may be on specifics, but, thanks to its brevity, the drama-per-second quotient is through the roof:

Who can viewers expect to see this season? According to VH1, the following regular cast members will return; you can click on each name for that cast member’s most frequently used social media outlet:

In addition, two cast members have been bumped up to Main status from the Supporting cast:

Furthermore, Masika Kalysha, a supporting player back in Season 1 who was absent last year, will make a triumphant return to her supporting ways:

Headed to the studio last night… ?

And noted producer Safaree Samuels, who’s currently dating Nikki Mudarris, has joined as a member of the main cast:

???? Fun Fact I learned when I went to Bob Marley house in Jamaica.. Bob always had his shirt open or off cuz he loved to show off his 6pack.. Must be a Jamaican thing ??✊?! #stuntgang

Other additions to the supporting cast are rumored to include performer A1 Bentley, dancer Rosa Acosta, songwriter Lyrica Anderson, and former NBA player Daniel Gibson, perhaps best known in the music world for being Keyshia Cole’s ex. (VH1 has yet to officially confirm the four supporting cast members above; we’ll update when the final-final cast is announced.)

One man who’s excited for the new season to begin? The always-irrepressible Willie Young:

You can check out the Love & Hip Hop Hollywood Season 3 cast in action when the show returns to the airwaves Monday, August 15th, on VH1.

UPDATE –The Season 3 super trailer is here, y’all! Tuck into it: