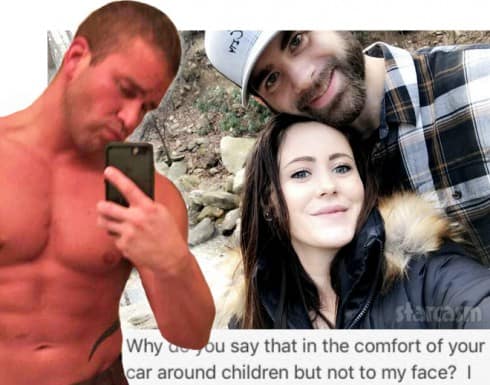 Nathan Griffith has responded to David Eason calling him a b*tch during a recent airing of Teen Mom 2.

The swole ex of Jenelle Evans took to Twitter to air grievances over the following scene in which Jenelle’s current beau, David Eason, labeled him a b*tch:

Again with the name calling in front of the kids pic.twitter.com/FmeOGkdACx

In the clip, Jenelle and David are seen in route to drop Kaiser off with. David asks Jenelle if Nathan is out partying because he isn’t at the designated drop off location. When Evans conjectures that Nathan isn’t there because he probably doesn’t want to see either of them, Eason says of Nathan, “Haaaa, little b*tch.”

Even though Eason immediately apologized, Griffith was having none of it as he shared a lengthy note on his thoughts about the exchange.

Among the accusations Nathan levied against David:

Nathan suggests that Eason and/or Evans left a 2-week-old baby alone with a woman rumored to have AIDS.

Nathan said that David sought out his help to try and overturn the restraining order David’s ex and mother of his son Kaden, Olivia Leedham, has filed.

Nathan said that he had to be escorted out of the reunion show because David was talking s**t.

Nathan said David interferes with he and Jenelle’s attempts to co-parent out of insecurity and a “constant need to control” Evans. 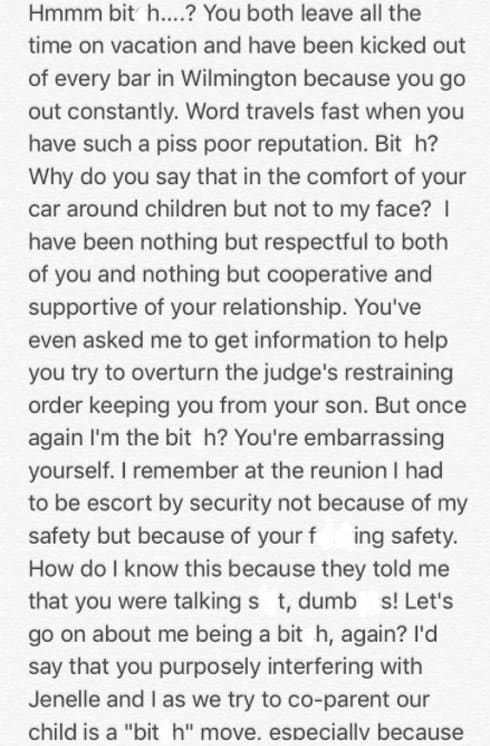 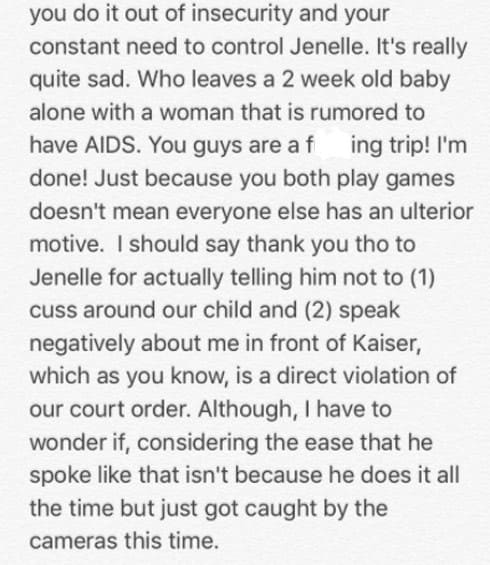 A fan tweeted out at Evans suggesting that she and David not discuss personal stuff in front of the kids and she replied, “I know! David and I discussed this last night and didn’t realize we did that! I hope everyone learns from that mistake I made.”

REPORTS MTV will soon have three docuseries about pregnancy and motherhood