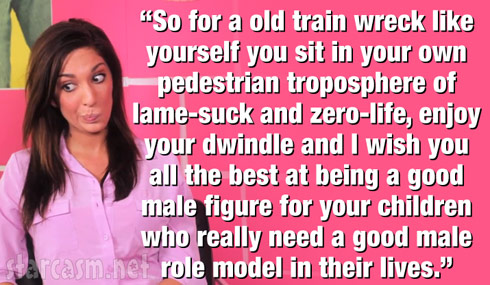 Never one to avoid trying her hat at something she is completely unqualified for, Farrah decided to engage the King of Surreal Hyperbole with his tiger blood and Adonis DNA at his own game, demonstrating her vocabulatory skillz with phrases like “pedestrian troposphere of lame-suck.”

In case you missed it, Farrah and Charlie exchanged a few friendly texts a while back in which Farrah suggested they meet for coffee, drinks, or a play date. But, after she leaked the texts, Charlie got a little upset and issued his open letter. That should pretty much bring you up to date…

“That’s right Charlie you never did tell me I could share my own texts with anyone – it looks like you have control issues because I can do whatever I want and I have nothing to hide maybe you do,” Farrah told Radar Online. “I think all the drugs, fame, money, alcohol, and whores messed with your head because your bashing response to me is really uncalled for and makes zero sense.” 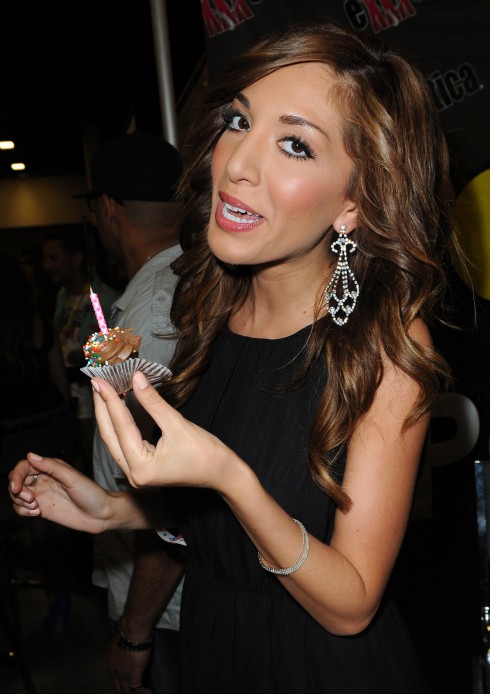 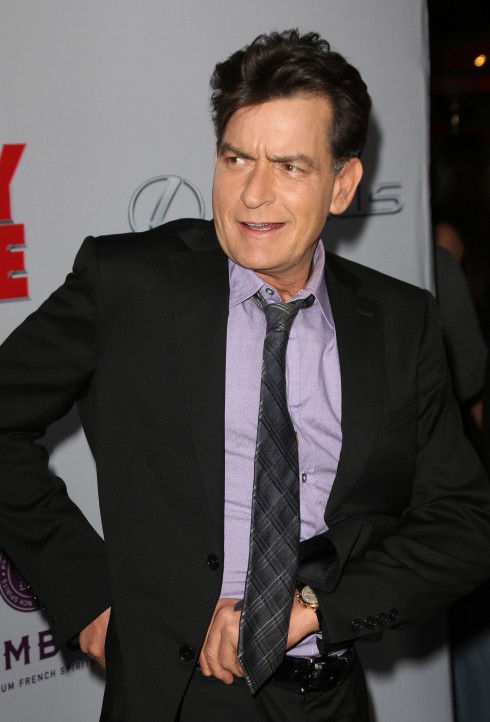 “You sound like you have mental issues, (hints maybe you need some anger management counseling) given your disgusting lash out towards my body and my relationship with my daughter which each are both the epitome of perfection,” Farrah continues of Charlie’s comments about her twice enhanced chest and jab that her daughter “must be so proud.”

In closing, Farrah revealed that the only reason behind her contacting Charlie was to try and boost her chances at scoring a guest spot on his show. “I was only being friendly with Charlie because Anger Management contacted my rep and so I thought it would be good to reach out and spend some civil quality time apparently that’s not possible and I will be strictly professional and not speak to other talent in the future because I do not need to be bothered by their crazy personal lives and horrible personalities. I have a bright future ahead of myself I do not have time for this nonsense of drama.”