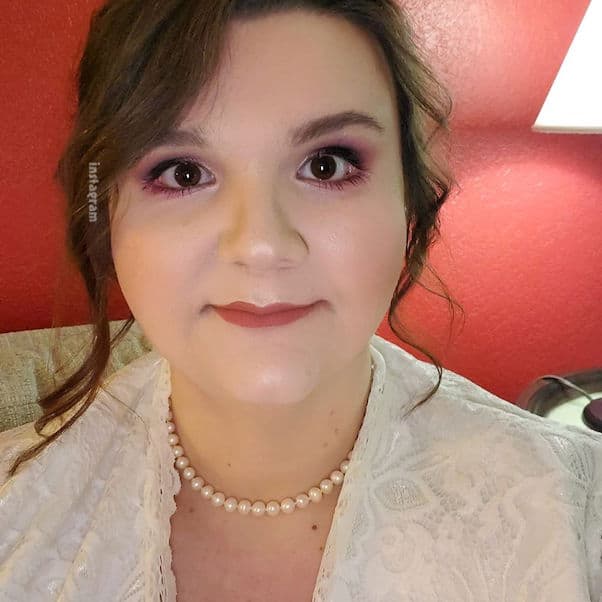 We’ve got a wonderful update on My 600 Lb Life star Chay Guillory, who is no longer just engaged to her fiancé Patrick. That’s right — Starcasm can exclusively report the news of Chay Guillory married, following her and Patrick’s quiet ceremony this past weekend!

In case you hadn’t heard about the new love in Chay’s life, here’s a quick update. Last summer, we broke the story that Chay had gotten engaged to the man she’d been seeing for some time.

Chay revealed her engagement to Patrick by posting a photo of her hand and the new diamond ring she was sporting. The caption was just as straightforward: “I said yes.” (At the time, Chay asked us to not publish a photo of herself with Patrick, explaining that “he’s pretty private.”)

When was Chay Guillory married? Who is her husband?

The news about Chay’s marriage came just as suddenly as that of her engagement. Late last week, Chay shared the photo of herself we’ve placed at the top of the article. And if the white bridal gown and pearl necklace weren’t enough of a clue, here’s Chay’s caption for that pic: “Did a thing. Got married.”

Judging by the hundreds of congratulatory comments on Chay’s reveal posts, it looks like Chay and hew new husband are still receiving tons of “love and support” regarding their good news. The response was much the same following Chay and Patrick’s engagement news.

At the time, Chay wrote that she and Patrick were blown away by the good wishes they’d received. She added, “It means so much to us….God bless all of you, and once again thank you abundantly.”

Among those offering congratulations are some of Chay’s My 600 Lb Life co-stars. Fellow cast member Nikki Webster — who has also gotten married since filming her last episode had a message of congratulations and love for her co-star.

Chay Guillory’s husband seems to have given her his name

On a related note, it looks like Chay has changed her name once more. She appears to have taken Patrick’s last name, as she is now Chay Mulvey on at least one social media platform.

Devotées of Chay’s story will recall that at one point she changed her first name, preferring to go by Lola. That change came in Chay’s Where Are They Now? episode, but was short-lived.

Chay later explained that for a number of reasons, she decided to stick with her given name after all.

“Once people started calling me [Lola], I realized I don’t like it so much for myself. So I decided to just keep my regular name — ‘Chay.’”

Congratulations to Chay and Patrick on their marriage! We haven’t yet heard tell of whether Chay has been filming another follow-up episode — and, thus, whether we’ll get an official, TLC-ified look at her and Patrick’s engagement and wedding ceremony. (Judging by what Chay told us about Patrick, though, we doubt it.)

You can offer Chay your own congratulations on social media. And you can stream her latest My 600 Lb Life episode here, via TLC.

PHOTOS The kiss! Plus, how could Jill Duggar’s lifestyle evolve with Derick Dillard’s influence?