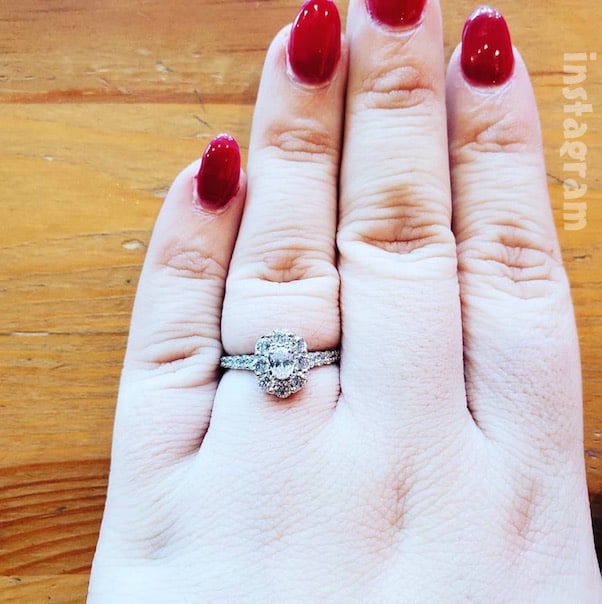 Chay Guillory, already one of My 600 Lb Life‘s most popular castmates, has found love! In Chay’s own words, she’s “never been happier.” The Season 3 and Where Are They Now? star is now My 600 Lb Life Chay engaged: Chay and her fiancée Patrick put rings on it over the weekend, and have since been blown away by the “love and support” they’ve received.

(UPDATE – Since we wrote this post, Chay and her fiancé have gotten hitched! Click here to read all about Mrs. and Mr. Chay and Patrick Mulvey — and to check out the latest photo of Chay in her wedding dress!)

My 600 Lb Life Chay engaged: Who is her fiancé Patrick?

Chay has asked us to respect her wishes regarding photos of her fiancé Patrick Mulvey, who Chay says is “pretty private.” (You can, however, offer Chay a congratulatory note on her Instagram page.)

As we wrote in our last update on Chay, things seemed to be going pretty well for her even before the engagement. Chay has been getting ever closer to her goal weight of 180 pounds. Most notably, she recently dropped forty pounds in one month.

Chay also started a new job of late. And she saw = her social media following almost double in 2019.

It’s a welcome bit of positive reinforcement in light of Chay’s last follow-up episode, in which her formerly supportive aunt and uncle took passive-aggressive shots at Chay after she came out as transgender.

Chay Guillory and Patrick had a surprise engagement reveal

Chay and Patrick dropped the huge news very casually. It came via an understated Instagram post, in which Chay shared the photo at the top of the article of her hand.

Chay’s caption for the photo was just as casual. “I said yes,” she wrote.

And who is Chay’s fiancé? The only information that Chay’s made public is that his name is Patrick. We also know that he began appearing in Chay’s Instagram feed this past February, by which point she was already referring to him as her “boyfriend.”

However, Chay didn’t actually use Patrick’s name on social media until her follow-up post to the engagement reveal.

It’s in that post that Chay, somehow managing to be even sweeter than when she was sharing news of her engagement in the first place, made clear just how happy Patrick has made her. But it wasn’t just his proposal that sent her “over the moon”; Chay made special note of all the well-wishes she and Patrick have gotten, too.

Below is Chay’s note of thanks in full. (If you’d like to see it in its original context, you can do so here)

Patrick and I want to sincerely thank everyone for the outpouring of love and support surrounding our engagement. It means so much to us, and we are over the moon. I’m so excited for this next chapter of my life, and have never been happier. God bless all of you, and once again thank you abundantly.

Congratulations to Chay and Patrick on their engagement and eventual marriage! We don’t yet know if Chay has been filming for what would be her third Where Are They Now? episode.

But, if Chay has, we’ll hopefully get to witness either the engagement itself or meet the happy couple in the first days afterward.