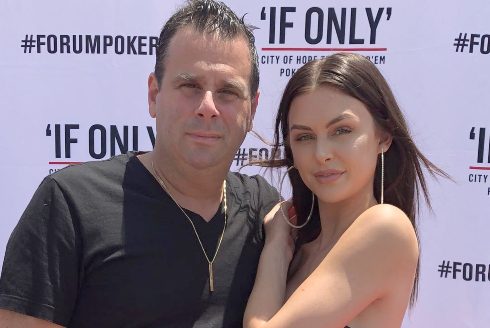 The Vanderpump Rules star was whisked away for a weekend of fun in the sun to celebrate her 28th birthday in Mexico when her boyfriend, Hollywood producer Randall Emmett, surprised her with a ring.

“It was definitely the most romantic moment of my life,” Lala told People. “Every detail of the surprise was stunning and I’m still in shock.”

Randall surprised his bride-to-be with a special video of memories together before getting down on one knee to pop the question. He presented her with a stunning, 6-carat round diamond ring. The couple celebrated with fireworks immediately following.

Last night was the best night of my entire life. I got engaged to the man of my dreams. I get to call this amazing human my fiancé! An engagement last night, my birthday today, and every sign my dad could possibly send me to let me know he’s here. I’m the happiest girl in the world. @randallemmettfilms @people @richierichny https://people.com/tv/vanderpump-rules-lala-kent-engaged/

“I can’t stop smiling,” Lala gushed. “I’m a fiancé!!! I love you, Rand! Thank you for taking care of my heart and soul everyday. You will always be number one.”

Lala first appeared on Vanderpump Rules in late 2015 but kept mum about her personal life. She refused to reveal the identity of her beau and would only refer to Randall as “My Man”.

The couple eventually went public with their relationship in January of 2018, and Lala admitted that she and Randall had been together for two years.

Randall was previously married to actress Ambyr Childers. According to Wikipedia, Randall filed a petition for separation in April of 2015, but their divorce wasn’t finalized until December of 2017. They have two children together.

Congrats to Lala and Randall!