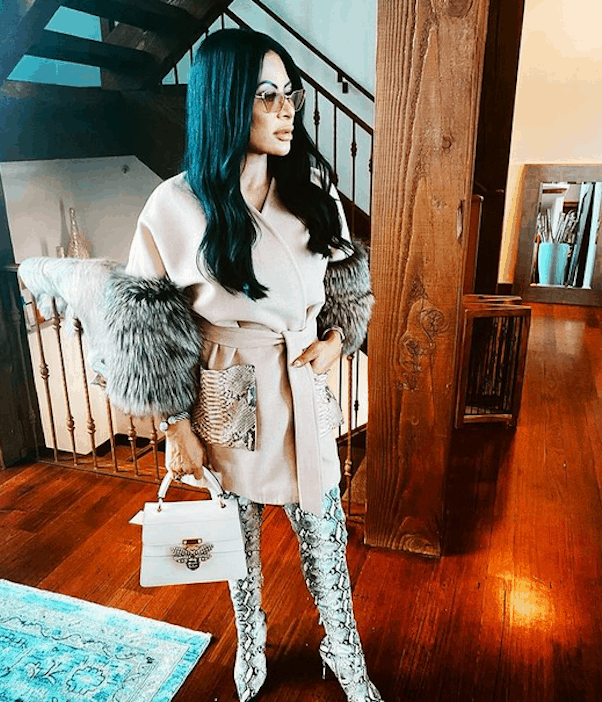 Fortunately for RHOSLC fans, Bravo fans, and anyone interested in over-the-top gossip, the answer appears to be yes. While presiding over Jen’s arraignment on Friday, Judge Sidney Stein made several references to Jen’s role as a Real Housewife, and never once mentioned any restrictions on her Housewife-based activities.

Most tellingly, Judge Stein *did* mention several things Jen is forbidden from doing while awaiting trial. The short list includes — as one might expect — “any drug use or excessive use of alcohol.”

Jen is also not allowed to open any new bank accounts.

Our interpretation of the arraignment comes from reporter John Franchi of KSTU Fox 13 Utah, who live tweeted the events last Friday. Franchi noted that Judge Stein — who will likewise be the judge during Jen’s actual trial — mentioned her role on The Real Housewives of Salt Lake City several times.

For starters, the judge asked Jen (or, more specifically, asked her lawyer) if she “is involved in any businesses other than ‘beauty and eyelashes.'” When the lawyer noted that Jen is a reality star, there was no rebuke.

Next, when discussing the conditions for Jen’s bail, Judge Stein said he didn’t believe Jen to be a flight risk. And he specifically mentioned the fact that she is on a “popular” and “well-known” television show as reasons why not.

RHOSLC fans hoping for plenty of upcoming drama also got their wish granted in the form of Jen Shah’s trial date. While he noted that the date could change because of COVID, Judge Stein said that Jen and her assistant Stuart’s trial will begin on October 18, 2021.

That’s about three weeks before the one-year anniversary of the RHOSLC world premiere. As Bravo is known for dropping its new Real Housewives seasons around the same time each year, there’s reason to believe Season 2 would premiere in November 2021.

So it’s entirely possible that Jen Shah’s trial will have more or less just gotten underway when we start to see new RHOSLC episodes.

Finally, we’ll note that Jen’s actually arrest appears to have been filmed, too.

According to no less an authority than People, Bravo’s cameras were rolling when the feds came for Jen.

Per their anonymous source, Jen was filming “a cast trip to Vail” last Tuesday, the day of her arrest. So we’re all but certain to get to see that footage in just a few months.