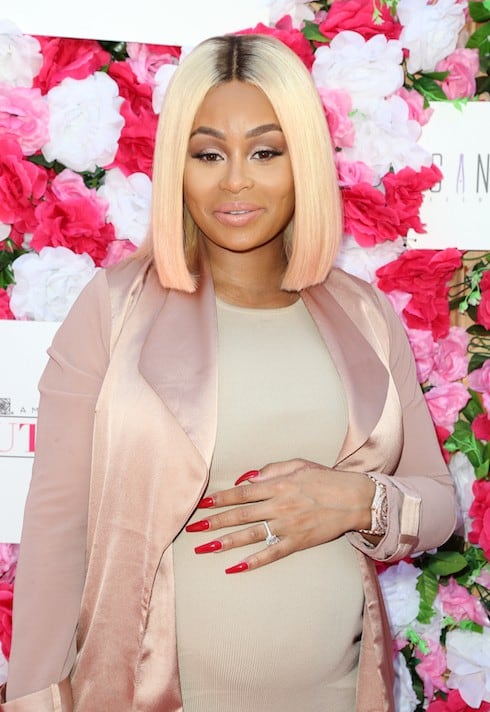 Blac and Rob’s relationship might have hit the high water mark shortly after they got together back in January: according to a handful of new reports, the couple are drifting farther and farther apart, and were only brought together in the first place by the lure of reality TV dollars. We first reported this possibility several weeks ago, when it emerged that Blac and Rob “planned their pregnancy almost from the get-go,” and “tried to get [Blac] pregnant for several weeks” before succeeding. Given that the two only started dating in January, and that Blac is due in early November, the revelation, combined with some highly processed paternity drama on Rob & Chyna, led many to believe that the whole hasty coupling was some kind of a stunt.

Now, In Touch is reporting that the two are indeed “staging” their relationship for money. A source allegedly “close to the Kardashians” explained things about as simply as possible: “Rob had agreed to have a fake relationship with Chyna because his momager, Kris Jenner, got E! to pay him over $2 million to do a show.” Rob–who at this time last year was said to be struggling with his weight to such an extent that he was hiding from cameras–now “completely regrets” the decision, and wants to back out. “It would be too humiliating,” the source went on. “The lie has gotten so out of control, there’s no turning back.” And Rob would apparently be doing so by himself: “[Blac] wants to make millions from endorsement deals. She’s desperate to be as famous as [the] Kardashians.”

It’s also emerged that the two are living apart–and have been since their engagement, despite buying a house together months ago. But the separation means they’re “more in love than ever,” if the current spin is to be believed. “Their fighting has decreased,” an insider told Us Weekly. (Which is overlooks the fact that it’s hard to fight someone with whom you aren’t sharing space.) “It’s a healthier way to live.”

Tokyo Toni, Blac Chyna’s mom, said earlier this week that Blac and Rob were already broken up, but that their E! contracts stipulated they stay together until cameras could capture their wedding.

REPORT Blac Chyna accused of rampant infidelity, fathering her child with someone other than Rob, littering (probably)