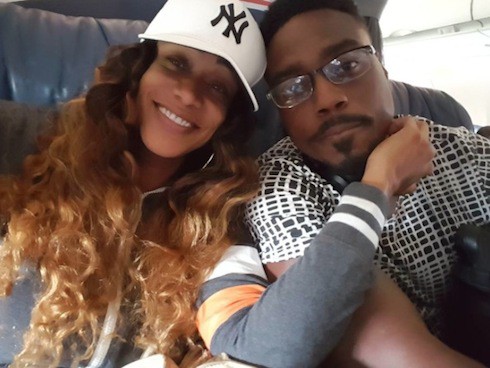 Tami Roman and Reggie Youngblood have been through a lot over the course of their relationship, something that Basketball Wives LA viewers learned last summer when Tami suffered a high-profile miscarriage at age 45. But her relationship with Reggie is seemingly stronger than ever, leading some fans to wonder…are the pair getting ready to tie the knot?

One of the long-standing criticisms of the show Basketball Wives LA is the fact that very few of the women featured on the show are both a) married and b) together with current NBA players. In our recent rundown of the BBWLA Season 5 cast, we found that only one (1) of the eight (8) women who receive top billing this year meet both criteria: Brandi and Jason Maxiell are the lone contemporary Basketball Couple. (Jackie and Doug Christie are the only other married couple on the show, but Doug retired from the NBA in 2007. Though he has been an assistant coach in the ensuing years, so, if you’re feeling generous, you might give Doug and Jackie a pass.)

In fact, Jazz Anderson, Tami’s daughter, recently shared a string of Snapchat videos in which she took the BBWLA producers to task for not including more actual wives. The videos, which have since been deleted, featured Jazz saying things like “I’m watching Basketball Wives, and Shaunie do not care, like, she will let anybody be on the show. She’s got someone dating a basketball agent” and ““Hi, my name is Jazz Anderson, I date the water boy for the Cavaliers.”

As for Tami Roman and Reggie Youngblood, they’ve decided that, while they might carry out a proper ceremony in the future, for now, they’ve decided to live exactly as they have been: namely, as a couple married in spirit if not on paper. They explained their decision in a Christian Post interview last year, shortly after Tami suffered a miscarriage:

The Word [of God] has no specifics on marriage. What I mean by that is there is nothing in the word that says two people need to be legally married for there to be a covenant between them and God and share a union….[We have] made a conscious decision to live as a married unit.”

One thing’s for sure: Tami and Roman definitely get along very, very well. Earlier this year, when talking about everything she and Roman have been through, Tami revealed to Hip Hop Hollywood that she and Roman have suffered three miscarriages with Roman…but that they fully intend to keep trying to have children.

“I am in love with someone that I love with every inch of my being and he wants a kid so we are going to keep trying,” Tami said. She explained that she and Roman have sex at least two to three times per day (twice or three times mean “a slow day”): “It’s in some way, form of fashion. It doesn’t have to be penetration. We can rub out sometimes. It’s different methods to get it going….After a certain age we reach this point where we want it all the time.”

Jersey Shore Spoilers: Vinny slept with both Snooki and Angelina in Miami!