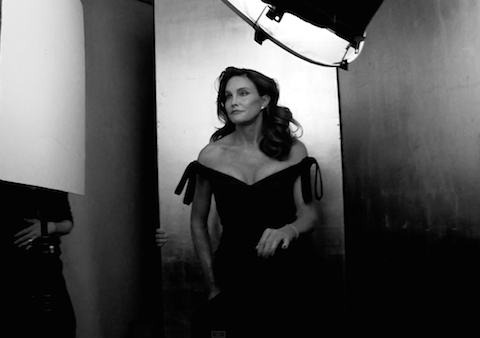 Over the past few weeks, Caitlyn Jenner has been the most visible member of the greater Keeping Up With The Kardashians clan–and that’s not something that sits well with the rest of her family members. Several of them have developing issues with Caitlyn, who, they allege, has (literally) become a different person.

For one thing, Kris is upset with ex-husband Caitlyn Jenner because, apparently, she’s stolen Kris’ “glam squad,” and Kris can’t get decently gussied. “All of a sudden,” a friend says, “Kris’ hair and makeup people were always busy when she needed them — and she found out they’ve been working on Caitlyn in Malibu.”

The hair and makeup people aren’t the only style experts Caitlyn has poached from Kris. The same friend notes that many of the Keeping Up With The Kardashians producers have shifted gears and are now working on I Am Cait, Caitlyn Jenner’s reality series, which will debut later this year. The reason why–other than both shows will appear on the same network–is a matter of simple personality:

The truth is, Kris is not a very nice person, so people much prefer working for Caitlyn, because there’s so much less stress and drama with her….Kris can’t believe Caitlyn stole her glam squad! She is the one who put together this team, and she is totally ticked off that Caitlyn shamelessly poached them!

Those reports, though, are somewhat at odds with what other Kardashians appear to be noticing about Caitlyn: that she’s changed dramatically since the Vanity Fair reveal, and has started “living for the spotlight.”

“She always used to hate [attention],” said another family friend. “It is really making [the Kardashians] wonder about her intentions, because she does not even acknowledge her past life anymore.”

That lack of acknowledgement, coupled with the massive outpouring of attention Caitlyn has received in the last few weeks, is, in short, making the rest of her family uneasy: “Caitlyn is so far removed from the person that she was prior to the transition that some of her step-daughters cannot even stand to be around her right now.”

More than one source has noted, though, that the family is used to being the center of attention, and not used to sharing it. Now that the 65-year-old Caitlyn Jenner has made the public transition from Bruce, there’s more attention than ever on the overall Kardashian family–but more of it is directed toward Caitlyn than ever before, as well.

VIDEO – Enrique Iglesias makes out with fan on ‘The Today Show’