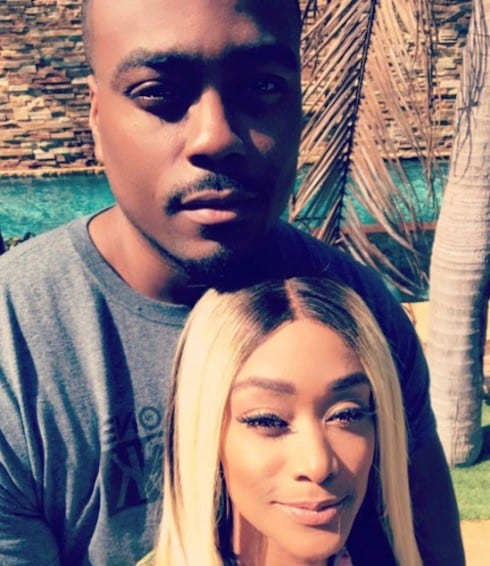 Tami Roman has been vocal about wanting to get pregnant again ever since she suffered a painful and emotionally taxing miscarriage at the age of 45. And longtime boyfriend Reggie Youngblood has shared and supported Tami’s dream for as long as they’ve been together–but, in the latest Basketball Wives sneak peek, we see Reggie’s patience running thin for uncertain reasons.

And we say “uncertain” because, even though Reggie expresses quiet disdain for the idea that he and Tami might practice for parenthood by babysitting for friends, it seems his real disdain is for the messenger: Tami’s daughter Lyric. The two have never gotten along–something Tami addresses in the clip below–but their dislike for each other has rarely been on display like this:

“I’m not doin’ that sh!t,” Reggie says when Lyric brings up babysitting–and the conversation comes to an immediate halt.

While Lyric tries to explain why she feels Reggie’s reaction was disrespectful, Tami, in a cut scene, explains Lyric’s feelings about Reggie: “She likes Reggie; she respects Reggie. Is she giving her all as far as getting to know Reggie? Probably not.”

But Reggie is steadfast: “I know what I want,” he says, “and I’m just gonna set what come wit’ it. I don’t have to test and see that I’m a man, so I’m gonna handle my business regardless….Just because you offered an idea doesn’t mean I have to agree with it.”

“That’s true,” Lyric responds, “but that doesn’t mean you have to shoot it down at the same time. Because we all saw the body language.”

At this point, Tami, speaking within the scene for the first time, tells Reggie that “It came off a little abrupt.” While Lyric and Reggie continue to argue, we get another tidbit from Tami’s cutscene: “When I see Lyric and Reggie arguing, I count to ten. Because it makes me pretty upset.”

From there, the topic of the argument changes to whether Lyric feels like Reggie has ever tried to get to know her, instead of the other way around. (It’s difficult to say for sure because of the way the scene was blocked during shooting, but it certainly seems like Reggie never even looks at Lyric while the two are arguing.) Things culminate with Lyric questioning Reggie’s manhood from a different angle: “I feel like any grown man mwho was trying to be in your life would be like, ‘She doesn’t like me like that, so is there anything that I can potentially do?'”

Which celebrities have used surrogates?