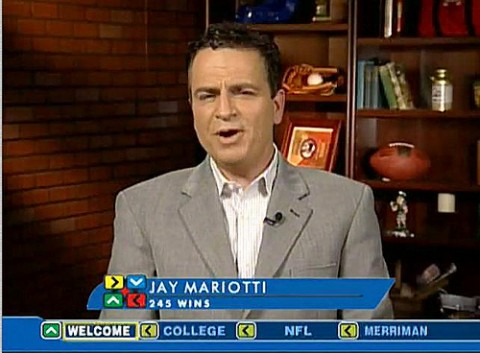 Renowned sportswriter and ESPN talking head Jay Mariotti was arrested back on August 21st in L.A. for some alleged unnecessary roughness against his girlfriend following a lovers cage match at a Santa Monica night club.  The L.A. City Attorney has reviewed the circumstances of the incident and has decided to charge Mariotti with seven separate misdemeanors.

Deadspin interviewed the eye witness who called the cops that evening and he partially stated:

“She sat on a couch and he grabbed her by the hair and whipped her around a bit — ripped something out of her ear and shoved her around.”

In true Around the Horn fashion we will use one of Woody Paige’s famous chalkboard comments to illustrate Mr. Mariotti’s alleged misdemeanors: 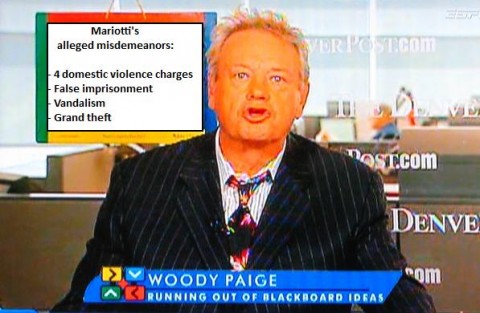 According to TMZ the grand theft charge involves a rather embarassing case of purse snatching!  Before you hit the Tony Reali mute button it should be known that the handbag in question was valued at over $400.  There is no word yet from J.A. Adande on who he’ll think will win in this court battle.