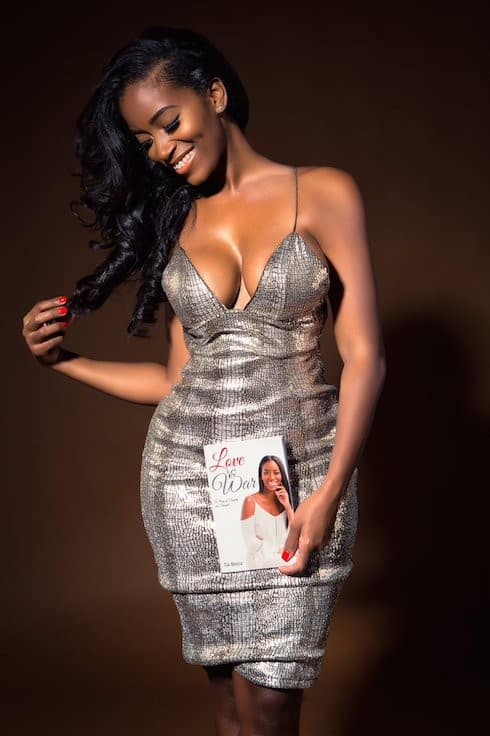 Season 5 of Love & Hip Hop Atlanta has seen a whole host of Tia Becca baby daddy rumors swirl, thanks to the new cast member’s dalliance with Scrapp DeLeon and her already-large family. In a new interview with Ken Butler World, Tia addressed several rumors regarding herself–and managed to reveal that she was recently married!

“I did just get married,” Tia acknowledges, in response to an unrelated query, prompting an interruption from her interviewer: “Wait a minute! Hold on, girl, we got to talk about that….Is J-Nicks your husband?”

“No,” Tia Becca laughs, before explaining “My husband’s name is Brian. [J-Nicks] is actually a friend I’ve had for years, but I could never date him, or sleep with him, or do anything like that. And he is a good friend…but nobody on that show can compare to my husband.”

Tia didn’t mention much else about her new husband, which seemed to suggest that she wants to keep her private life as far away from the drama of Love & Hip Hop Atlanta as possible. To that end, Tia Becca also addressed the recent sex tape controversy involving herself and an unidentified man said not to be Scrapp DeLeon, with whom Tia was dating at the time that the tape was leaked. (Though the quality is fair to poor, you can judge the Tia Becca sex tape footage for yourself here.)

“I heard that, but I just don’t…I haven’t taped any sex,” Tia said. “I’m like, how could a sex tape have me? I’ve heard that a lot,” she acknowledged, “you know, even my friends call, like, ‘You’ve got a sex tape.’ If I had a sex tape, it would be me and my husband. And then I wouldn’t care, but, otherwise, like, I have children.”

Finally, Tia was asked at the end of the interview whether the long-standing rumors about the entire LHHATL cast being fired following the forthcoming reunion are true. “Not to my knowledge at all, that’s not true” she said, re-confirming something that fellow cast member Mimi Faust had already stated. “Like, Love and Hip Hop Atlanta is one of the most thriving franchises, and everybody has great relationships behind the scenes, so I would highly doubt that.”

Love & Hip Hop Atlanta: Scrapp and Tia Becca get back together in time for her alleged sex tape scandal