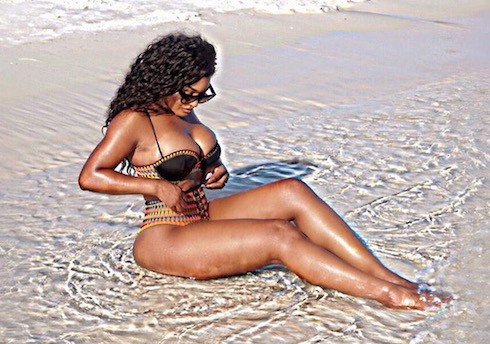 Evidently, the Brandi Maxiell Basketball Wives connection is so strong that not even creator and executive producer Shaunie O’Neal can separate the woman from the show. There’s certainly no love lost between the two women: Shaunie has actually fired Brandi twice before, after both seasons 4 and 5. Shaunie explained last year that her “professional side” won out over the personal side, once VH1 made it clear that they wanted Brandi back on the show.

Well, it seems that the same thing happened again for BBWLA Season 6–only this time, Shaunie’s reasons appear to be even more professional. According to a new report from The Jasmine Brand, Brandi and Malaysia Pargo were both asked back for the new season because the new cast members are turning out to be a little unsatisfying.

RELATED: Malaysia Pargo will be back for Basketball Wives LA‘s new season, which drops next month

“Producers thought they had enough new blood this season,” their report claims, “but the new cast members aren’t bringing enough drama and energy to the season. They’re a little dry.”

Indeed, the show added some heavy hitters by getting Dwyane Wade’s baby mama Aja Metoyer and Nick Young’s baby mama Keonna Green to sign up. That sounds like a recipe for success–so why are the new cast members so low? Apparently, they’re unwilling to dish: “The new girls feel like producers are trying to get them to slam their baby daddies and they’re not willing to do that.”

But Brandi has no such compunctions–and the VH1 execs who ultimately call the shots decided they would go to her for a little “spice.” Their decision left Shaunie rolling her eyes again, but it’s being said that Shaunie “knows for now they need what Brandi brings.”

And her spice comes in many different forms:

One is Bad and one is Boujee…can you tell which one is which ?@iwantdjduffey …BUT tomorrow we both in Detroit with @iamsodeelishis for @thetoychestdetroit

I hope you guys enjoyed Season 5 of BBWLA… Shoutout to my amazing team @saddity_hair @zellswag @makeupbymila I love you guys to death?

Was in a funk for a minute but came out to play with the kid @malaysiainthecity ☺️. ?: @justmjd

Bobbi Kristina Update: BK’s situation is dire, and the family fighting is getting out of control