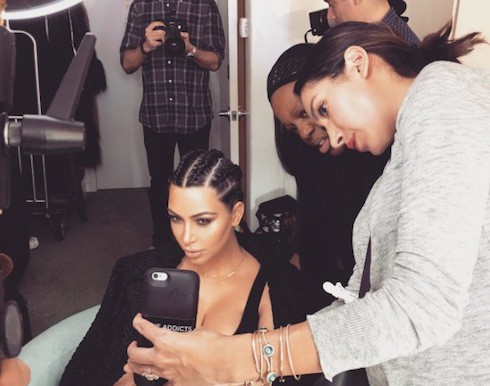 Kim Kardashian’s vagina, which launched its bearer into the celebrity stratosphere upon release of the Kim Kardashian Ray J sex tape in 2007, has been insulted by none other than the co-star of that infamous tape. Audio of Ray J sharing his frank, unfiltered thoughts on Kim Kardashian’s vagina has recently resurfaced, and, though Ray attempted to distance himself from the audio’s insults, observers claim that J is simply sore because he didn’t get famous following the sex tape’s release.

It was February of 2007 when Kim Kardashian and Ray J’s sex tape–itself filmed back in 2003–leaked onto the internet. The $5 million settlement Kim reached with Vivid Video, which had begun selling the tape under the title Kim K Superstar was her first taste of the fortune to come; that October, Keeping Up With The Kardashians debuted. To date, Kim has 60 million Instagram followers, untold million of dollars to her name, and a vast media empire she shares control over with her mother, Kris Jenner.

Ray J, on the other hand, is a working rapper, but hasn’t seen his popularity explode since the tape’s leak–and what may or may not be resentment is possibly clear in the leaked audio.

Here’s what Ray had to say about Kim Kardashian’s vagina, courtesy of a doctor’s visit:

Ray goes on to explain that the doctor’s advice was to tell Kim Kardashian about the odor-based problem–something that Ray wrestled with, before ultimately giving in, sharing the information, and, in his mind, helping Kim get clean.

Since Ray J’s thoughts on Kim Kardashian’s vagina leaked onto the internet, the rapper has done his best to distance himself from his remarks:

I’m trying to be positive n 2016 and Wow people digging up old ass Audio from 8 years ago– #devilATwork I’m not even on that! #2016Respect

Kim Kardashian will have her hair, makeup, and nails done even if she’s in a coma