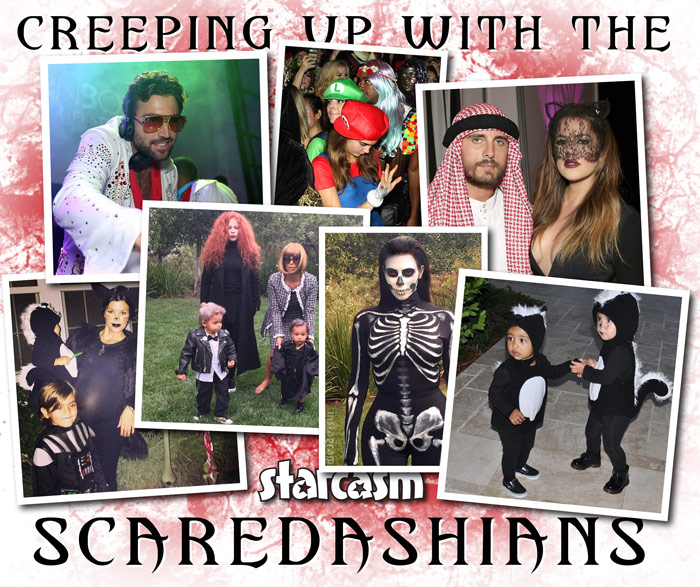 It’s Creeping Up With The Scaredashians time y’all! America’s first family of fun fashion did not disappoint this Halloween season, and I’ve gathered together what could very well be the most komplete Kardashian kostume kollection of 2014 with everything from a Kardashianatomically korrect skeleton to a kouple of kute little stinkers, and even a Mason Vader! 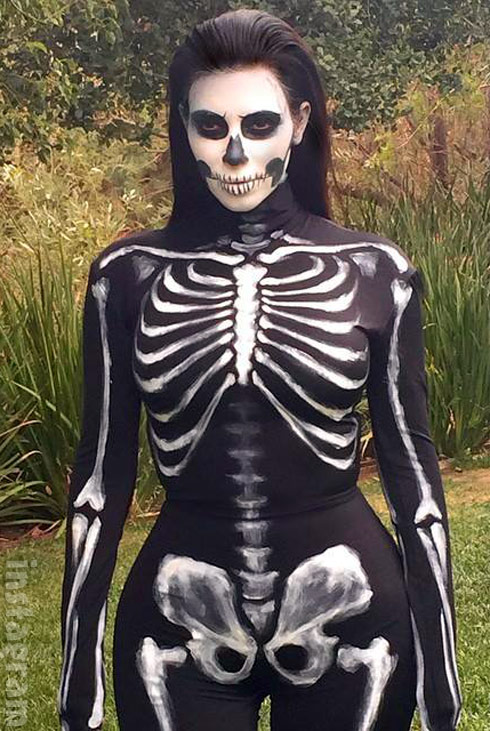 OK, I will stop with the alliterations and inkorrect spellings and move right along to the photos. Above we have Kim Kardashian showing off the sheer anatomical magic that nature was able to work on a completely normal human skeleton. Here’s another zoomed-in look at Kim’s great makeup and rib cage:

Kim wasn’t the only member of the family who had a bone to pick with this Halloween season, check out sister Kourtney Kardashian and Mason Disick (I think):

And I’m pretty sure this is Khloe Kardashian with gal pal Malika sporting a skeleton jumpsuit at the airport:

Both Kourtney and Kim (and their families) would change costumes before Old Hallow’s Eve was through, however, with North West and Penelope Disick stealing the show in their “little stinker” skunk costumes:

My little stinker is waiting to show daddy her costume. Halloween has started early this morning

Meanwhile, north of the border in Ottawa, Khloe Kardashian, Scott Disick and Brody Jenner were hosting the Faces magazine Haunted Carnival! Brody Jenner was DJing as Elvis Presley, Khloe was a lace-faced sex kitten, and Scott Disick was an Arab Sheik!

Big thanks to @facesottawa for an incredible night and such amazing hospitality. #BestDJgig. Tonight Denver! pic.twitter.com/fw54YJYvSJ 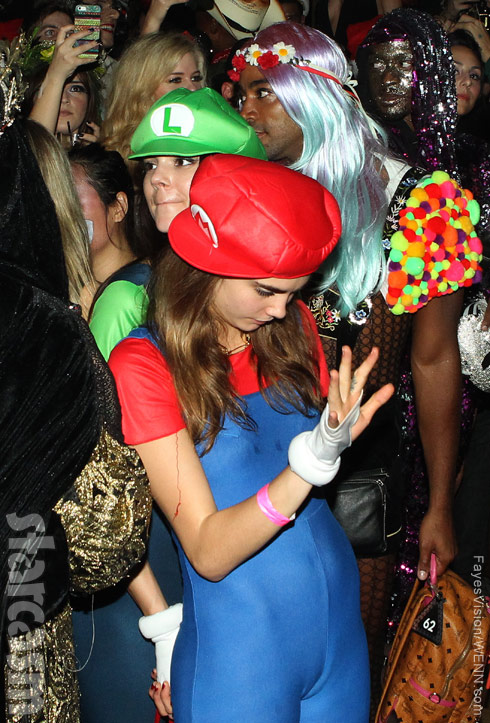 Kim Kardashian before and after 90-minute contouring makeup routine