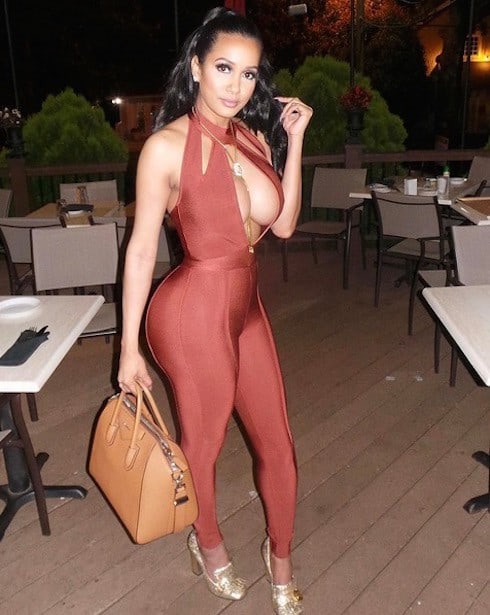 Stevie J and Joseline have teased a reconciliation several times since LHHATL Season 6 began airing a few weeks ago. First, they stepped out together in matching pseudo-80s clothes and were seen keeping things close at an Atlanta club; after that, Joseline raised eyebrows by captioning a photo taken at a paid appearance with the suggestion that Stevie wanted to have another baby with her.

Love & Hip Hop Atlanta devotées, though, could read between the lines: the two are still locked in an ugly paternity battle over baby Bonnie Bella, and there’s too much bad blood between Joseline and Mimi for Stevie to ever have a legit shot at something serious with his one-time fake wife and true love. So it seems that Stevie J dating around has resulted in a new boo, in the form of Instagram model Estelita Quintero.

At least, that’s what a new report by none other than VH1 seems to suggest. According to the network’s official take, Stevie is “done with the Puerto Rican princess” and has “moved on with a Panamanian goddess”–though they’re also quick to say it’s “not like that (we don’t think).” Apparently, Stevie is Estelita’s manager, though we haven’t been able to find any of her music and it’s not clear whether Stevie represents models as well as musicians.

Even if Stevie and Estelita are only partners in the financial sense, it’s worth noting that the last time Stevie got involved with a business associate, he allegedly turned her into a baby mama and then got into a messy public fight with her. So, hopefully they’re keeping things professional. No word yet on whether we can expect to see Stevie J dating Estelita Quintero on any Love & Hip Hop Atlanta episodes in the near future (though a second IG account linked to the self-styled Panamanian Goddess would appear to suggest that it’s at least possible.)

In the meantime, here’s a mini photo gallery of Estelita (and, on occasion, Stevie too!):