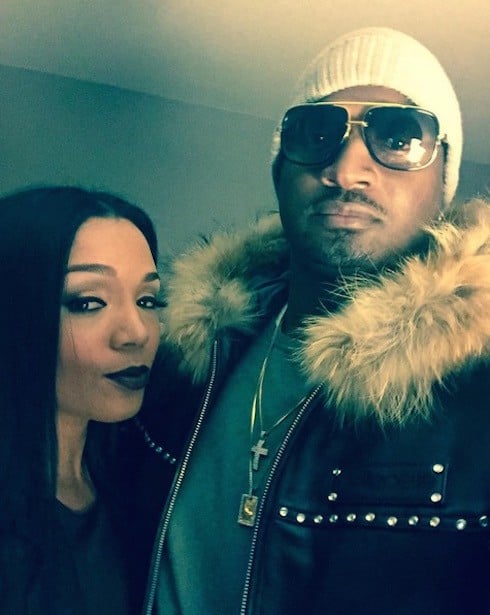 It’s only been a few days since the Kirk Frost new baby mama was exposed to the world, but the woman decided to go in on Kirk hard. After the Love & Hip Hop Atlanta star cut her off financially, she brought a legal case against him, asking for child support. And, if she doesn’t get what she wants, it looks like she might be ready to spill a whole lot more tea.

A new report by Bossip has all the details, including the woman’s name and specific allegations. Per their article, Jasmine Washington had a baby with Kirk, his wife Rasheeda was kept in the dark–and Kirk bailed on Jasmine when their secret son was born. She claims that he broke things off completely last Halloween, denying that the child was his, ending all child support payments, and even taking back the car he had given Jasmine. So, with Love & Hip Hop Atlanta Season 6 in the middle of filming and set to premiere this spring, she’s filed a formal petition to establish paternity and child support.

Jasmine’s current income is zero, but her monthly expenses are $4,059 – not including $1,456 that she has to pay to creditors. The 27-year-old said it would be fair for 47-year-old ex to pay $2,500 in child support. She said she thinks the married father of five rakes in $10,000 a month and has multiple real estate properties but wants the judge to force him to reveal his exact income.

It’s also worth pointing out that Kirk and Rasheeda allegedly either had another baby last year or are expecting another one this year. It’s currently believed that the pregnancy–whatever form it takes–will be a major part of their storyline when LHHATL returns. (That, and possibly the newfound struggle to keep their marriage together…)

True Life “I Hate My Face:” Inside the myths and reality of body dsymorphic disorder (BDD)

PHOTOS Angelina Jolie is leggy at the The Tourist world premiere