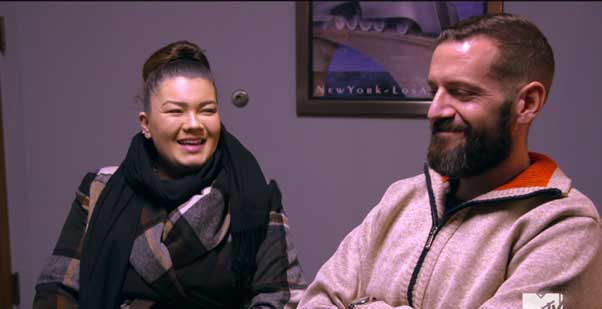 Wednesday night’s episode of Teen Mom OG showed Amber Portwood navigating the waters of her new international relationship. Her Belgian boyfriend Dimitri Garcia flew out to spend time with Amber for the first time, and she was left with doubts over his intentions because someone leaked the news of them dating to the European press.

In an effort to gage how much she should trust Dimitri, Amber sought out a lie detector test. This isn’t the first time Amber has used a lie detector to grill a boyfriend. In 2017 Amber made her ex Matt Baier take a lie detector test, with disastrous results. Back then, however, Matt was hooked up to a polygraph machine that monitored and recorded his heart-rate when asked certain questions. The lie detector test Dimitri took was just recording his voice on a laptop. Dimitri passed with flying colors, but does this type of test offer real results?

Why a lie detector test?

“I feel like I’m way honest with men and that’s how they get me, so I want him to take a lie detector test,” Amber tells her ex Gary Shirley, the father of her daughter Leah.

Amber adds that she fears that the men who date her have ulterior motives, like hoping to gain clout from their association with her. “Like Matt [Baier,]” she says. “He thought he was gonna be famous after we broke up.”

With Dimitri, along with using Amber for fame and money, there is the added incentive of possibly using Amber to seek a U.S. citizenship. Despite all the pressure from Amber to take the test in order to trust him, Dimitri seems unfazed by the demand and just calmly agrees.

What is a Voice Stress Analysis?

They visit a place called All-In Investigations in Indianapolis, IN, which offers polygraph tests, but that’s not the kind of testing Dimitri received. Instead, Dimitri appeared to undergo a “voice stress analysis” or VSA.

Marvin, who’s billed as a polygraph expert, explains that he will record Dimitri’s voice on his laptop. “I will separate your voice from your answer: ‘yes or no,’ and that’s what I’ll chart out.” 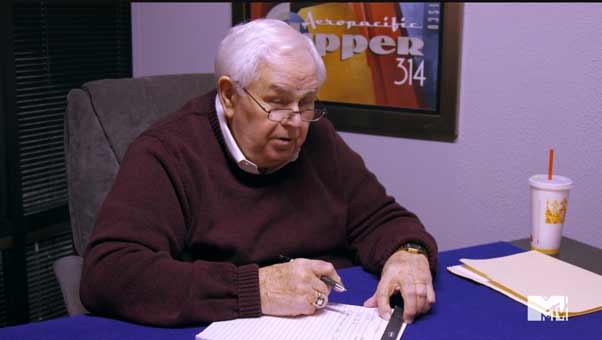 According to a 2008 article on the National Institute of Justice, although “voice stress analysis” are widely used by police officers in the field, only 15% of people lying about using drugs were identified as lying by VSA, and 8.5% of people who were telling the truth about whether or not they had used drugs were incorrectly labeled as being deceptive. Given these percentages, it was determined that the accuracy of VSA tests to be about 50%, about the same as a coin-toss.

Even the results from traditional polygraph test are not admissible in court, so any sort of test like this aiming to tell the “truth” from a “lie” should be viewed with some degree of skepticism. Furthermore, reading the results from them is more of an art form than an absolute science. 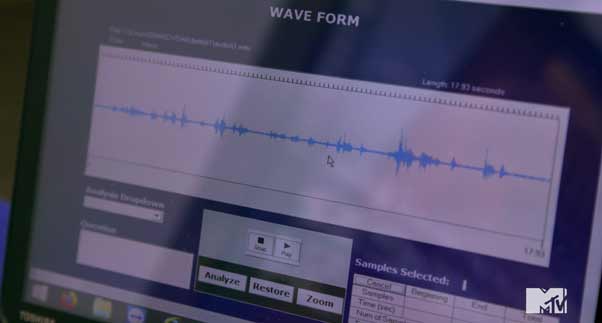 What did questions did Dimitri get asked?

1. Is you name Dimitri? Yes
2. Since you’ve been with Amber have you profited from her money or her fame? No
3. Do you want to be with Amber for her money? No
4. Have you you been truthful with Amber these past 3 months? Yes
5. Do you have any other girlfriends besides Amber? No
6. Do you consider yourself a nice person? Yes

Marvin did not find any deception with Dimitri’s answers, and even confirmed that Dimitri is a nice person despite only meeting him a few minutes ago.

What does this lie detection test mean for Amber and Dimitri’s future?

While there is some doubt about how accurate a test like this is, just the act of going through with it can increase trust in a relationship. When deception is detected, it’s not proof of lying, but can be used to determine if further investigation is needed. Thankfully the situation did not end up as badly as Amber’s polygraph experience with Matt.

Amber’s ex Gary Shirley, who she is on good terms with now, was worried that Amber could react poorly in a stressful situation like this. The stakes are extra high for Amber to keep her cool right now because an act of violence would violate her probation. He had a talk with Amber before the test and asked her to phone him, Kristina, or someone else if she felt heated about something. That measure wasn’t needed, but hopefully Amber will utilize that offer if things ever become tense between herself and Dimitri.

Amber found the results of the test to be intensely reassuring. Her segment finished with Amber in happy tears over finally finding someone she felt she could trust.

“It hard to accept that you do love me,” Amber tells Dimitri. She feels like the men in her past didn’t really love her and weren’t honest with her. “Now I know I can be this way and not worry about somebody trying to take my money, or build fame.”

“It’s pretty intense right now,” she says as she breaks down in tears. “I’ve been waiting for this for a really long time.”

“I’m so happy I found you,” a relieved and emotional Amber says.

Although it’s a positive sign that he passed the lie detector test, this is a still a very early point in their relationship, so it still may be too soon to tell how well things are going to work out.

Teen Mom’s Maci Bookout testifies to Cosmopolitan: I wish I could have known…