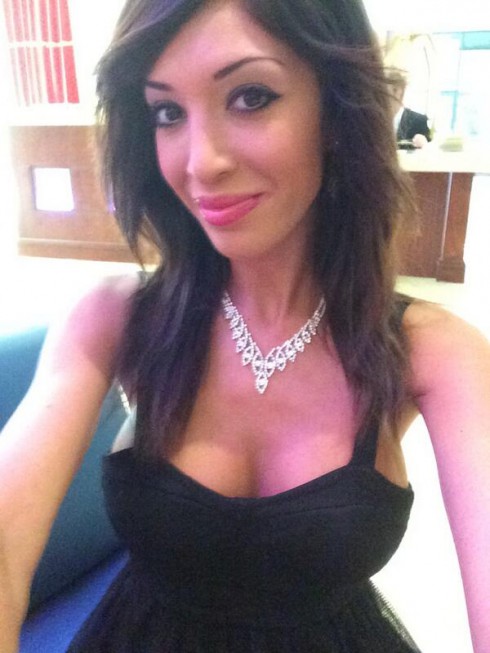 “I will be acting in two movies, and I’m kind of staying closer to roles that are Christian-based,” the aspiring Christian parenting novelist told Us Weekly. (With all of that going on, you’d think something would have to give. Wonder what she could possibly be neglecting?)

The Teen Mom-trepreneur said fans are also encouraging her to portray Fallon Opal in a hypothetical film adaptation of Celebrity Sex Tape. 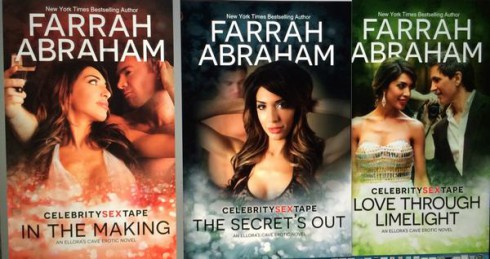 “I’m not going to do a movie with this, so many people are obsessed with that idea, I think I’ve done, myself, enough TV, and me, obviously I would never be in a video or a movie of my book because that would be crazy,” she said. “I mean, I guess I could – didn’t the Wolf On Wall Street guy kind of do it? Even though, it was such a different story and it was kind of absurd when like the plane goes down in the ocean, and I was like what?”

Even though Farrah won’t play Fallon, she does have some actresses in mind.

“Jessica Alba… Or like, who knows? Sandra Bullock is like really good, too,” she speculated. “When you’re an actress you can play any age.”

It seems she’s also sucking up to Selena Gomez and Vanessa Hudgens on Twitter. (Do you think she knows @SexTapeMovie isn’t a grassroots campaign for her film?)

And, contradicting everything we’ve heard for the past few months, Farrah said she might make another adult film… If the partner’s right.

“If I ever do another sex tape, I’m probably going to do it with my husband,” said the Backdoor Super Star. “You can just celebrate marriage with me.”

The revelation comes two days after Farrah controversially told Celebuzz she anticipates daughter Sophia will make her own sex tape eventually: “I’m just going to say, ‘Make sure you know what you’re doing with it.’ Because, you know, I’ll be like, ‘This is what happened to me as your mom.’ It’s like mommy talk.”

Are Ryan Edwards and Shelby Woods still together?