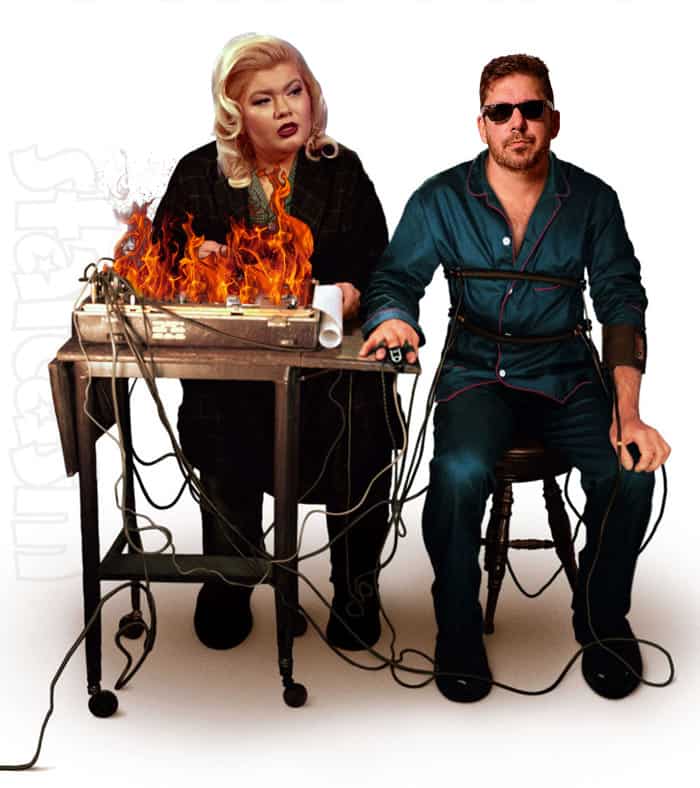 The clip begins with a sign on a door that reads “QUIET PLEASE POLYGRAPH TEST IN SESSION” before we are then shown the test giver asking “Have you had any sexual communications with other women?” as we see Matt Baier (not hooked up to polygraph equipment) sitting in a chair in a small room with his usual “Huh?” face. 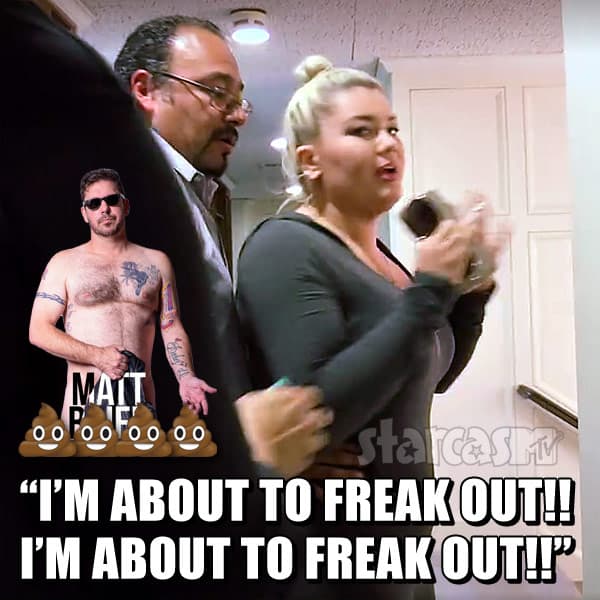 I should point out that Amber and Matt appear to be wearing the same clothes as the dramatic preview scene in which she screams “YOU F**KING B!TCH!” while being restrained by the same man shown in the photo above. We can assume that the screaming scene occurs outside the building just after the lie detector test is administered — and obviously the results did not favor Matt.

In case you missed it, Amber reportedly had Matt take the lie detector test while the two were in Los Angeles back in early May. It all went down in the midst of cheating allegations by Tiffany Bassett, who was featured briefly in the “Being Matt” special. According to sources for The Ashley’s Reality Roundup, “Matt allegedly did not pass all of the questions, including certain important ones regarding cheating. Amber was so upset that she sent him away.”

UPDATE – We have an extended preview clip in which we get to hear the results of the lie detector test. It seems Matt actually did really well, considering. According to the polygraph, he was telling the truth when he said he had not had sexual relations with another woman since October 10, 2014. He was also truthful when he said he has not had “sexual communications with other women.” The third question was: “Did you make any sexual advances toward **BLEEP**?” [I’s guessing this is Tiffany Bassett] Matt answered “no,” but according tot he polygraph, he was not telling the truth. This is what sets Amber off, and I assume leads to the “YOU F**KING B!TCH!!” confrontation outside.

Later, Matt and Amber tried to play off the lie detector results, and they even offered up “proof” that Matt had actually passed. But, just like 99% of everything having to do with Matt, that was a lie too. Internet sleuths quickly proved that the new polygraph results were more than likely obtained by an online service offering fake lie detector results.

As we wait to see Matt squirm and set the polygraph machine on fire during the finale, I will end things with Amber Portwood’s quote from the “Unseen Moments” special, which is all the spoiler I need: 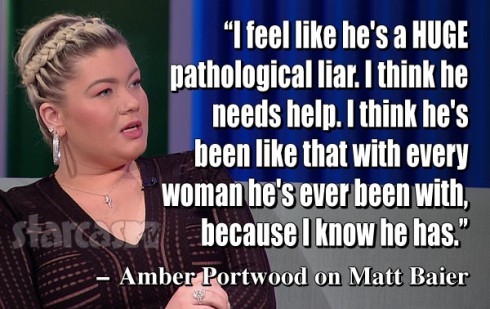 UPDATE – Amber Portwood spoke with US Weekly about the lie detector test, and it seems Matt didn’t quite crash and burn completely:

Amber tells the tabloid that she doesn’t think Matt cheated on her, but she does “believe he’s made gestures [toward it.]” (I assume she is referencing sexting, etc.] “He hasn’t been the best,” Amber says of Matt. “He’s just met a person that doesn’t deal with his s–t. But he’s also met a person that he really is in love with and doesn’t want to let go.”

I’m not sure who Amber is referencing when she says that Matt has met someone “that doesn’t deal with his s–t?” Perhaps it’s Shawn Portwood?