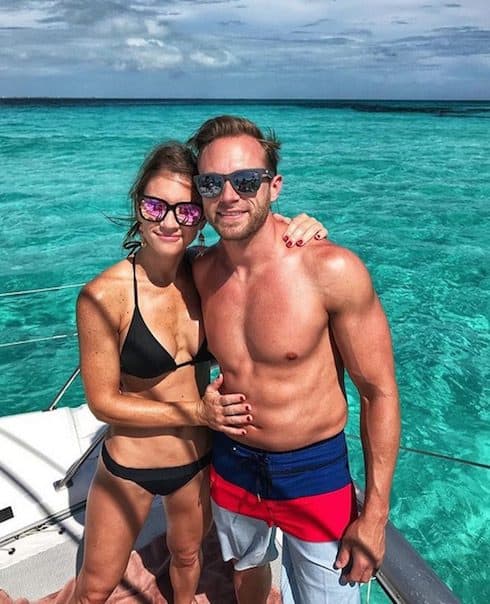 Talk of an Adam and Danielle Busby divorce has been greatly exaggerated, according to the Outdaughtered couple themselves. Adam recently took to Twitter to shoot down the nebulous rumors, and received a warm ovation from fans in response.

A new report from In Touch suggested that Adam had calmed the fears of the show’s fans by “squash[ing] those pesky rumors that he and his wife…may be calling it quits.” And Adam did indeed respond to a fan who tweeted on the topic of TLC couples getting divorced with some positive reassurance:

Guess you will be a lifelong @TLC viewer. The D word isn’t in our vocabulary. I love my wife more than the day i said “I DO.” We are the real deal. https://t.co/qOQbUwYf7e

But, other than the occasional disgruntled former fan or disbelieving non-watcher offering their thoughts on Outdaughtered‘s premise or the Busbys’ chemistry, it’s difficult to find more than gossip concerning any Adam and Danielle Busby divorce rumors. (And, given the timing of the article in relation to the tweet it was based on, it appears the article actually stirred up more rumors than anything else — life is always wonkier in the gossip-sphere.)

The Busbys are no strangers to social media speculation these days. Last month, we reported on the couple’s accidental confirmation of Outdaughtered Season 4, thanks to a few errant photo updates featuring camera crews in the background.

And earlier this year, Adam and Danielle found themselves at the center of a mini-controversy involving the long-standing question of whether Outdaughtered actually has a nanny working behind-the-scenes for the family. Several skeptical viewers on a message board devoted entirely to the travails of motherhood claimed to have worked for or know nannies who’d recently worked for the Busby family. None of their claims have yet been verified by either Adam and Danielle Busby or TLC.

Though the network has yet to confirm Outdaughtered Season 4, it’s believed that new episodes of the show will air sometime in the spring of 2018.