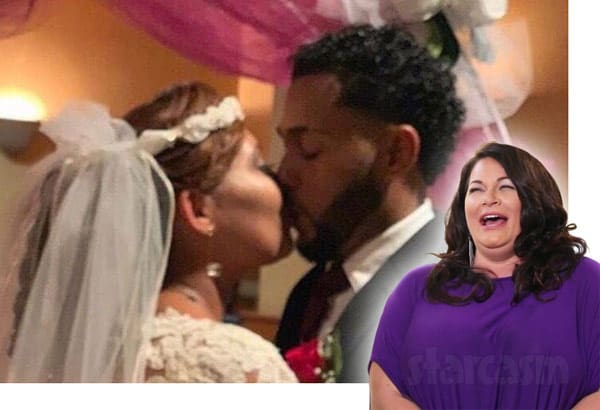 We were the first to break the news that 90 Day Fiance couple Molly Hopkins and Luis Mendez officially finalized their divorce on May 4, and less than five months after the divorce papers were signed, Luis got married again!

Luis posted numerous photos back in early October that showed him all dressed up at a wedding in New Jersey, but it was assumed the wedding was for a family member or a friend of the family. But, a recent photo posted by @90DayFiance_ on Instagram shows that Luis was clearly the groom at the shindig as he could be seen kissing the bride — who was not present in any of Luis’ pictures:

Luis spoke with In Touch and confirmed the nuptials — revealing that they actually took place in the middle of last month. “Yes, I did get married. That was my wedding [on] Sept. 19,” Luis says. “I love this girl so much. She is so amazing.”

Luis was asked about Molly’s reaction, or whether or not she even knew. “I have no contact with her,” Luis says. “I just want to be happy. I don’t want to know nothing about it.” Of course, Luis is leaving the door wide open if Molly wants to send the new couple well wishes. “But if she wants to congratulate me, it’s okay.”

Molly DID find out about Luis’ wedding, but she didn’t really offer up her congratulations when she took to Instagram Live on Sunday to talk about it. Here’s a video followed by the transcript:

Oh yeah, for all of you who care or who wanted to talk junk about me, um, yeah I totally got used, but it’s all good. Luis got married to a Dominican lady in Jersey, the best I could tell.

I saw pictures, so yeah, he’s married to someone else.

Oh yeah, he totally married someone. She looks older than me — from the Dominican. I just saw the pictures, so for all you people that thought that I was crazy…

His situation was pretty lovely. I mean, we were together for two years, so it’s all good. I know, I just — I feel like I need to redeem myself because a lot of people talked so much sh*t about me, and I’m not with it. But, hey, it’s all good!

Molly responded to concerns about how she was taking the news with confident assurances that she is just fine. “Oh god, it doesn’t hurt at all!” she said. “I’m good girl. I’m so good! All of you know about my business, Livirae, it’s fine.”

I think most 90 Day Fiance viewers would assume that Luis’ quick rebound marriage will allow him to remain in the United States, even though his divorce from Molly seemed to all but guarantee that he would be deported back to the Dominican Republic. But, in that same post about the chances of Luis being deported, the immigration expert addressed the potential for Luis getting married again quickly:

If Luis uses his woo pitchin’ skills on another lady in the meantime, and somehow convinces her to rush to the altar with him, it will still require that he return to the Dominican Republic and reapply for another K-1 visa. “K1 entrants can only ‘adjust status’ on the basis of marriage to the person they got the visa with, and yes USCIS knows who that is (my name is printed on my husband’s actual visa in his passport).”

In summary, it sounds like the only way Luis could remain in the US is if Molly allows him to by not withdrawing her affidavit of financial support prior to his green card approval. If you read our previous post, you will know that the dates of their marriage and divorce doesn’t leave enough time for Luis to have been able to apply and receive his green card before the divorce was final — and a super quick marriage/divorce like that is difficult to explain without hard evidence of fraud or domestic violence on the part of Molly. (The latter of which may have been Luis’ game plan given that he posted a video of Molly yelling at him earlier this year.)

What will be interesting is if Luis does manage to remain in the US, and it is revealed that Molly didn’t withdraw her affidavit of support and assisted him with the green card approval. The 90 Day Fiance fan base is quite prone to conspiracy theories, and I’m pretty sure the internet would then blow up over accusations that this was all just a big publicity stunt to get Molly back on TV with the end result being a divorce and Luis remaining in the US to do whatever he pleased.

For those of you wanting to see a little more of Luis’ special day, here are some more photos and even a video of Luis dancing with his new bride: 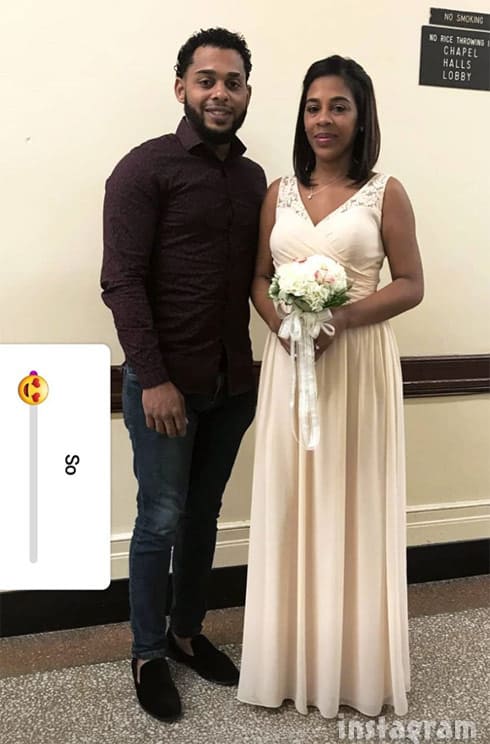 God bless my mom and dad ??

My beautiful mom i love her, she is my world ???