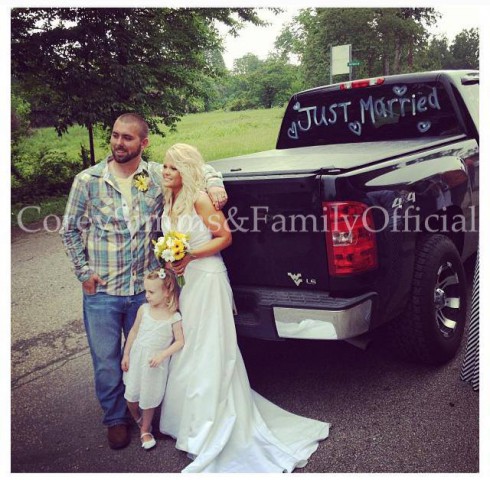 Corey Simms and Miranda Patterson just tied the knot tonight. The Teen Mom 2 star and his police officer fiancé made it no secret that today was the day and luckily for us, they aren’t being stingy with the photos. Shortly after the ceremony wrapped up, Corey and his family shared several pics from their big day.

UPDATE – CLICK HERE FOR EVEN MORE PHOTOS FROM THE WEDDING!

“It’s almost wedding time!” Corey’s official Facebook fan page announced around 5:00pm tonight. Just one hour later, four photos of the couple at their wedding were posted showing Corey in a true to form flannel button down and jeans and Miranda in a stunning white gown. 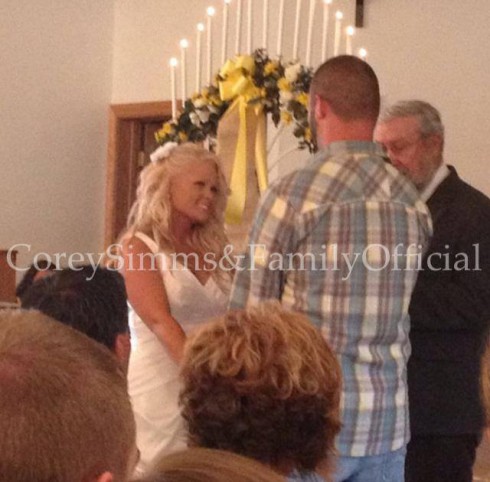 The family, including Corey’s parents, have remained unusually silent thus far on Twitter, but with all these photos, we can’t be too mad at ’em! Corey and Miranda have also not tweeted since the ceremony but who can blame them? They are likely too busy gazing into each other’s eyes (as they are in the photo above).

Since first meeting over one year ago, it has been smooth sailing for Corey and Miranda. Corey’s parents seem to love her and so do Corey’s twin girls, Ali and Aleeah. Miranda has been a great step mother to Corey’s twins and with any luck, they’ll be having their own children in the next couple of years. 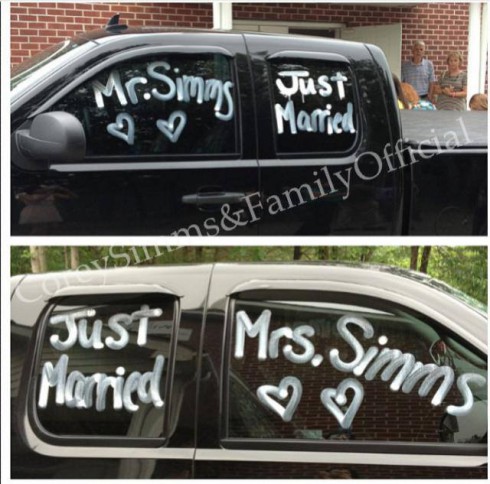 In addition to the ceremony photos, Corey’s fan page also shared  a picture of his beloved pickup truck which reads, “Just Married” and has “Mr. Simms” written on the drivers side and “Mrs. Simms” on the passengers side.

Congratulations to Corey and his beautiful bride!