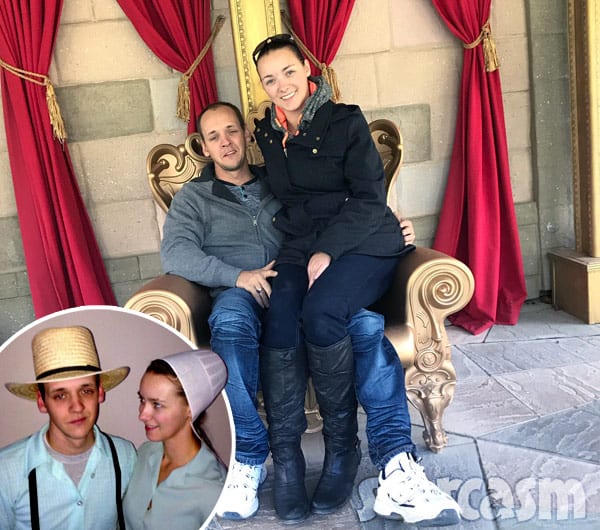 Last week, TLC released a preview trailer for the brand new season of Breaking Amish: Return To Amish that included some returning stars from the show as well as some new faces. Most notably absent from the video was OG couple Rebecca and Abe Schmucker, and rumors began to swirl that they would not be coming back.

After we tweeted our post about the new season, Rebecca responded and confirmed that she and Abe (and their two daughters) would not be on this season. “We made the decision to no longer participate in being on Return to Amish,” she wrote. “We are just normal every day people trying to live our best life. We wish the best to the rest of the cast!”

After that response, Rebecca went a little further with a separate stand-alone statement that accompanied a photo of her and Abe’s two daughters:

Announcement! We made the decision to no longer participate in Return to Amish. It’s been a long road to come to this decision as a family and to move on to things that make us happy and brings us closer to where we want to be. We are living our best life!! Ps. I got my GED!! ??

One Twitter user responded with support for the couple’s decision. “You made the right decision IMO, though I did love watching you…the attacks on you last time, whether real or fake, was very unfair. Don’t disappear altogether, we still love you.”

Rebecca agreed about the negativity online. “The attacks were out of control,” she responded, adding a ? emoji. “I’m just not nearly as into social media as I used to be. I find more happiness talking face to face with people. And thank you for always being awesome and sending me positive vibes!”

The loss of Abe and Rebecca will surely be a huge blow to fans of the show, like me. Not only were they 40% of the original cast of five, but they really were the nucleus of the show — especially once Abe’s mother “Mama Mary” Schmucker became a break out star.

Speaking of Mama Mary, if you watched the trailer then you know she will be back for the new season as she attempts to rejoin the Amish church yet again.

Given that original cast member Kate Stoltz will also not be back after leaving the show last year due to her other successes and issues with production, that only leaves Jeremiah Raber and Sabrina Burkholder as returning OGs. The rest of the cast will include Jeremiah’s wife Carmela Raber as well as at least three new cast members who are in the process of leaving the Amish church — or at least that looks to be the case judging from the preview trailer.

Jeremiah and Carmela will most certainly bring the entertaining drama! Unfortunately, Sabrina’s story is not going to end well — but depending on how producers handle her addiction issues, it could make fro some very emotionally compelling television.

So what do you guys think? Will having Jeremiah and Sabrina plus a batch of “fresh off the farm” faces be enough to get you to tune in to the Return To Amish season premiere on November 18? I’ll admit that I am super curious to see if TLC can once again capture lightning in a bottle with the new additions! (Of course, part of the lightning the first time around was the HUGE scandal about just how long the cast has actually been English — which I doubt will work as well the second time around.)

Now, in honor of Abe and Rebecca’s departure, why don’t we take a step back in time to one of the greatest mug shot photos in reality television history! 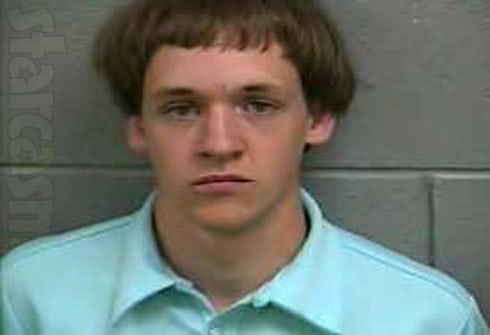