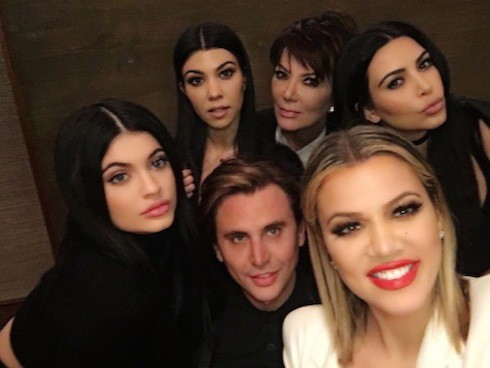 Does Keeping Up With The Kardashians have writers? And, if so, why? The reality show is about to kick off its twelfth season, and remains as popular a Sunday night fixture as ever, despite ongoing questions about its veracity. Several reports regarding Keeping Up With The Kardashians writers have emerged over the years, some more believeable than others; we’ve organized them into a palatable whole, in order to answer one of the most frequently asked questions about the program.

(As a quick aside, t’s worth noting that the question “Does Keeping Up With The Kardashians have writers”–and, by extension, the specific purpose those writers serve–is different from the question of whether or not Keeping Up With The Kardashians is fake. We’re hardly the first site to address that question, the answer to which is: Of course it’s fake, silly. It’s a reality TV show. Why did you expect it to be real?) 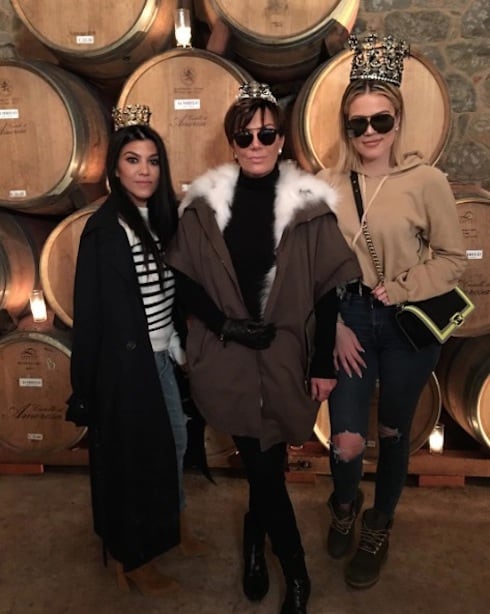 Noted mag LAist reported on the Keeping Up With The Kardashians writers a few years back, and did a solid job mocking an overdramatic gossip blog in the process. At the time, the marital strife between Kris and Bruce Jenner was at an all-time high, as was speculation that Khloe Kardashian was not actually Robert Kardashian’s biological daughter–and KUWTK amped up both of those stories for TV. The report didn’t break the news that the show has writers as much as it explained the purpose those writers serve: they scan reams and reams of tabloids–way more tabloids than is probably healthy for anybody to read–and note which stories about the Kardashian family attract the most attention. Then, they come up with scenarios for the family to act out, in order to keep the stories alive on television months after the tabloids were first printed.

In addition, a Hollywood Gossip article from just last year “spoiled” some of Keeping Up With The Kardashians‘ 10th season, when it reported on the leak of “an outline of scenes” from the show’s writer’s room. That article was noteworthy for exposing the show’s need to come up with drama for the family to act out beyond what gets reported on every day. After all, the Kardashians’ every move is documented by a dire and ever-circling entertainment industry, which means that all of the biggest events in their lives–Kim and Kanye’s wedding; Khloe and Lamar’s wedding; Rob and Blac Chyna’s engagement, and so on–has already been reported on, photographed, and analyzed (for lack of a better word) by the time Keeping Up With The Kardashians airs on TV. 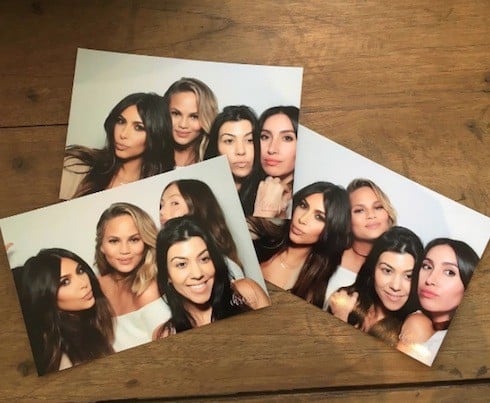 One resource that is worth browsing when it comes to the question of the Kardashians’ writers is IMDB. Though they’re not household names, the writers and story editors on staff for Kris Jenner and company include seasoned industry veterans. Karen Kennedy, who worked on KUWTK for two years, has also put in stints on Real World, I Am Cait, and Project Runway. Allison Schermerhorn juggled Kardashian time with work on The Surreal Life, I Love New York, Rock of Love with Bret Michaels, and Flavor of Love. Andrea Metz has had a hand in every major Kardashian family television project of the past decade (and she managed to avoid Kocktails with Khloe).

You can find out whether you think the show needs all-new writers when the twelfth season of Keeping Up With The Kardashians premieres Sunday, May 1st, at 9 PM on E!.

RELATED ARTICLES: Is Keeping Up With The Kardashians fake? How much of the show is scripted?