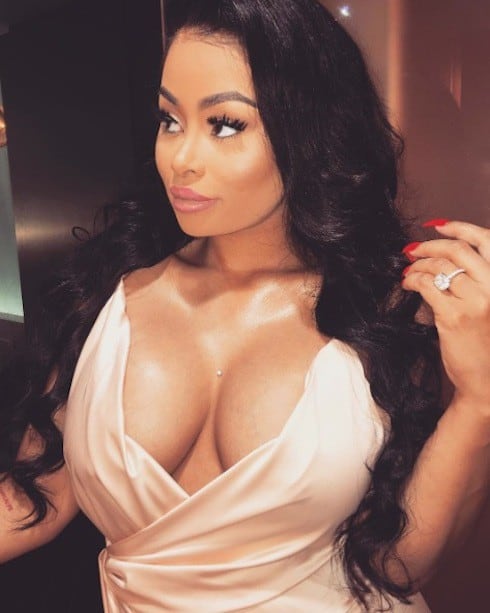 How much money has Tyga got? That’s the question of the hour once again, as Kylie Jenner’s ex has reportedly found his way back into the Kardashian family conversation. How’d he do that? According to several new reports, Rob’s fiancée and baby mama Blac Chyna–who has changed her name to Angela Kardashian, and who also happens to be Tyga’s ex–has been slipping the Tygster money to help keep him afloat.

This isn’t sitting well with the Kardashians, who’d like to be as rid of the 26-year-old as possible. Tyga, for whom ostentatious displays of wealth are as common as bathroom breaks for weary retail employees, often uses his Instagram page as a means for projecting his apparent wealth–

Cash money never paid me but ya boy did his thang an still madeeee cash money ??? #BitchImTheShit2

Ice in my grill? tattoos on my stomach. @ifandco #BitchImTheShit2

–though conflicting reports often surface. For instance, late last year, it appeared that Tyga was both broke and deeply in debt to then-girlfriend Kylie Jenner, who had allegedly loaned him $500,000 in order to keep various creditors at bay. At at least one point, things apparently got bad enough that Tyga was in talks to write a tell-all book about the Kardashians, in order to make enough money to pay off the various landlords, attorneys, and repo men who seemed to threaten him on the regular.

According to a new Inquisitr dispatch, Blac “is secretly feeding money to the financially strapped rapper,” now that he and Kylie are “no longer attached at the hip.” Tyga “is always pleading for cash,” says an insider, and has been “hitting Chyna up for loans on the quiet for a while now.” In this case, the loans reportedly amount to “thousands of dollars at a time.”

A separate report over at BET appears to support the allegations: “Tyga and Blac have a weird relationship,” says their insider, but the two “still talk every day about their son,” and “Blac Chyna has been making mysterious payments to Tyga” thanks in large part to the “huge soft spot” she and Tyga still have for each other. According to that report, though, it’s actually Rob’s money that Blac is spreading around: it looks like Blac actually hits him up fairly often, and thus always has some cash to spare when Tyga comes around.

(Photo credits: How much money has Tyga got via Instagram)