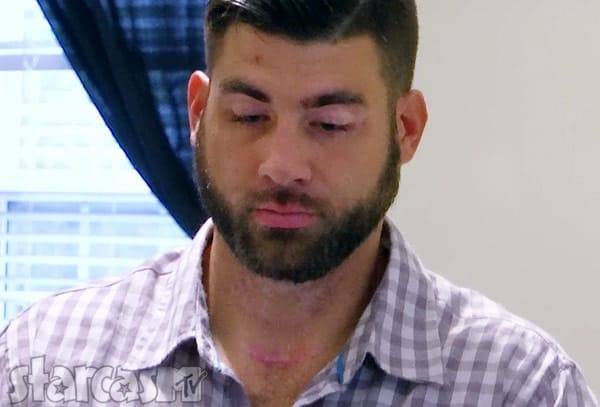 On this week’s episode of Teen Mom 2 there was a segment with Jenelle Evans and her new boyfriend, David Eason, in which you could clearly see that he has a rather large scar in the center of his throat below his Adam’s apple. For those wondering what the scar comes from: No, it wasn’t a crazy drunken night out; it is the result of a very serious surgery David had five years ago.

In late July of 2011, David traveled to Chapel Hill, North Carolina to have his thyroid and lymph nodes removed. Some have speculated that the thyroidectomy was due to thyroid cancer, but that doesn’t appear to be the case. Although neither David nor Jenelle have confirmed the reason for the surgery, it is believed he was diagnosed with Hashimoto’s Thyroiditis — a very rare disease in which a person’s immune system turns against the thyroid.

Another photo of David’s scar: 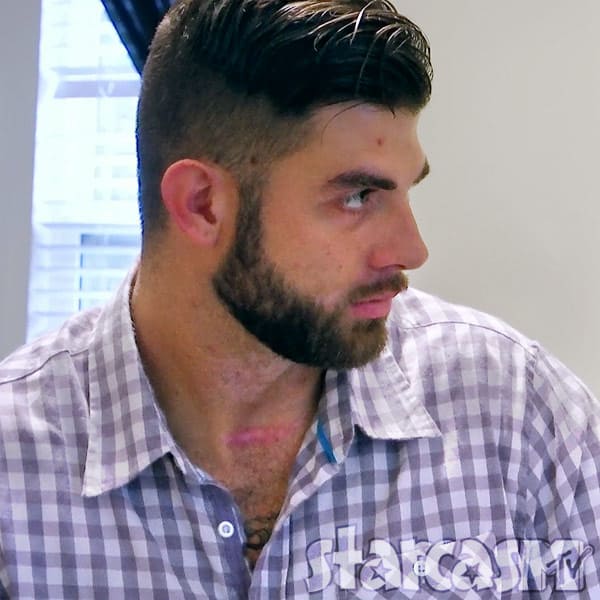 Here are some of the symptoms of Hashimoto’s Thyroiditis from Web MD (under “Women’s Health”):

Hashimoto’s symptoms may be mild at first or take years to develop. The first sign of the disease is often an enlarged thyroid, called a goiter. The goiter may cause the front of your neck to look swollen. A large goiter may make swallowing difficult. Other symptoms of an underactive thyroid due to Hashimoto’s may include:

As far as treatment for Hashimoto’s Thyroiditis, it usually begins with medication to regulate hormone levels in an attempt to lessen the size of the goiter. “However,” WEB MD points out, “large goiters that do not improve may make it necessary to remove the thyroid gland.”

Other conditions that can result in the need for a thyroidectomy include thyroid cancer, Graves’ disease, and hyperthyroidism. I assume David will reveal his diagnosis at some point, and when he does, we will be sure to update the post.