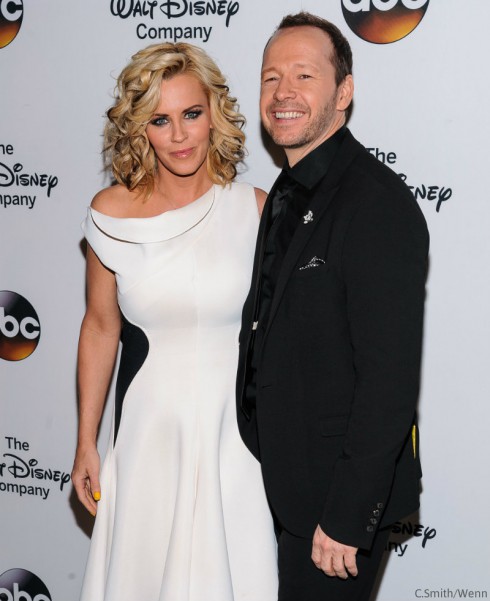 Donnie Wahlberg and Jenny McCarthy tied the knot yesterday at Hotel Baker outside of Chicago in the company of friends and family — minus a notable few.

In a public Instagram video from absent brother Mark Wahlberg, wife Rhea Durham and his kids, the group wished Donnie a happy wedding day. Mark also explained he couldn’t make the trip because they were celebrating daughter Ella Rae’s 11th birthday. (That big day is actually tomorrow, but Mark will be back to work.)

However, TMZ reports the scheduling conflict was just a convenient excuse for Mark and his family to skip the affair.

“According to multiple Wahlberg sources, Mark is not as close with Donnie and Jenny as Jenny has made it seem. Or at least, not with Jenny. We’re told Mark’s wife Rhea did not like a recent interview Jenny gave with Howard Stern where she talked about her relationship with Mark,” TMZ reported. They added Bobby Wahlberg also skipped the wedding and the guys’ mother, Alma Wahlberg, didn’t make the trip because she doesn’t like flying.

In the controversial chat with Howard Stern in July, Jenny joked about going through 400 vibrators before finding love with the former New Kids on the Block singer last summer. She also dismissed the rumor of a feud with Mark and Rhea, saying, “That is not true, I’m happy to say.”

Now that the wedding has stirred up the rumors again, a source told Hollywood Gossip that ongoing gossip about Mark disliking Jenny is “bulls**t.”

“There is truth that Mark didn’t think the relationship would last once it started and he definitely thought that it was a fling but as time passed by he realized that Donnie was actually really falling in love,” a source said. “Mark appreciates that she makes his brother happy. Family is extremely important to Mark.”