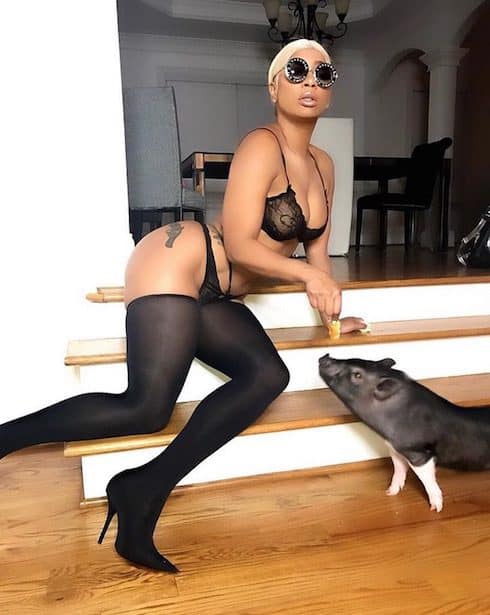 Thanks to her numerous aliases and still-mysterious past, Love & Hip Hop Atlanta’s Tommie has one of the blankest family trees in reality TV. But, with new family members appearing on the show alongside her — and VH1 filling in the blanks — we’ve been able to put together a full photo gallery, complete with LHHATL Tommie’s daughters and siblings.

For starters, Tommie’s real name is Atasha Jefferson. However, because of Tommie’s extensive criminal background, we know that she also goes by a number aliases, among them Atasha Chizzah, Atasha Lee, Chizzah Jefferson, and Atasha Moore. (Tommie has also claimed that her real name is Latisha Jefferson, but we’ve yet to find a police report with that name on it.)

According to the woman herself, the first of LHHATL Tommie’s daughters was actually born in prison. Tommie’s elder daughter, Samaria, is 14 years old. She pops up in Tommie’s social media feeds from time to time; the most well-known picture of her is from Tommie’s Snapchat, and was captured by The Shade Room shortly after Tommie shared it last year:

#Tommie and her oldest daughter are definitely spitting images of each other ? #MommyDuties #LHHATL

Havalli, Tommie’s younger daughter, is 11. She’s best-known to Love & Hip Hop Atlanta viewers as the keeper of Gucci, the family pet pig, which Tommie brought / smuggled from Miami up to the ATL for her daughter’s happiness:

#proud mommy they had to give her a folder she won every award there was to win #vallimo ?????

And here’s a clip of both of LHHATL Tommie’s daughters out for dinner with their mother:

After the daughters comes Tommie’s mother, Samantha, AKA Finesse. She’s well-known to LHHATL viewers as the source of some of Tommie’s most argumentative moments, though it looks like the two of them may be turning a corner of late.

The photo below is of Samantha with one of her sons — Tommie’s brother Tahaan Lee, AKA Duby:

Next up among Tommie’s family members is Reggie, AKA Big Reg. Tommie made headlines for him by presenting him with an embarrassment of riches — including literal cash money, plus a car — for his 18th birthday last year:

After Tahaan and Reggie comes Tommie’s sister Rajaysha, AKA Jai, now 16, who lives with Tommie. Jai and Tahaan have made occasional on-camera appearances during LHHATL Season 7:

Of course, no breakdown of LHHATL Tommie’s daughters and family members would be complete without Versace, Tommie’s 22-year-old sister and new castmate on the show. As we wrote in our recent feature, Versace has a son named Taj, and lived in Long Beach, doing occasional modeling, before moving back east for the show: 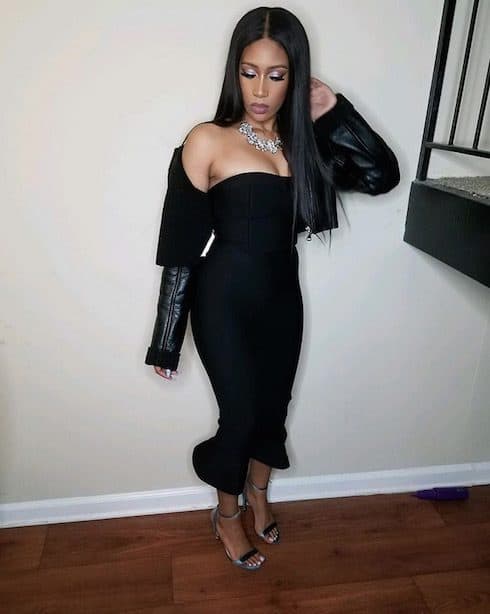