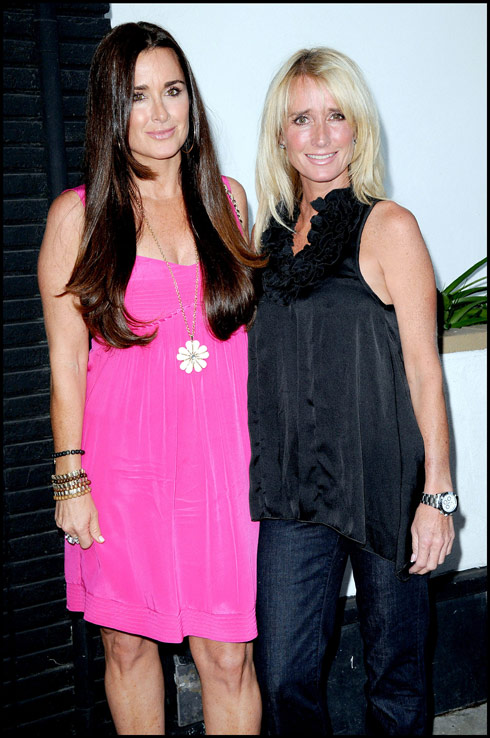 Kim Richards has been through a time publicly after her sister Kyle accused her of being an alcoholic and receiving financial help from her husband, Mauricio Umansky.

We learned that Kim subsequently spent a week in rehab, but the jury is still out if she really is an alcoholic. Whether she is or not, many people believe it was horrible of her sister Kyle to air her foibles on national television, especially since it was done in anger.

But we do still have the question of how Kim finances her life. Throughout the airing of Real Housewives Kyle has made accusations that Kim has trouble managing money, and blew through the money she made as a extremely successful child star fairly quickly.

Of course, this is all very one-sided, and Kim hasn’t gotten a chance to counter these claims. During the infamous limo ride, however, she does accuse Kyle of stealing her house. What could she be referring to?

In 2000, when their mother was dying of breast cancer, Kim Richards and her four children moved to Arizona to take care of her. After she died there may have been some sort of coup over the house, and this may be what she’s referring to.

Here’s a video clip from around that time:

As for where Kim gets her money to pay for rent/mortgage/college, and every day living expenses, according to the Hilton-empire insider book House of Hilton (Kim and Kyle’s sister is Kathy Hilton), she gets a pretty good chunk of monthly child support from her ex-husband Gregg Davis, an oil heir. According to the book , “she is said to have gotten a settlement and child support from the Davises ranging from $20,000 a month that continues until the year 2009, and $23,000 a month for life, or until she remarries.”

That’s a really big chunk of change, but Mauricio, a high-end Realtor, may still have helped Kim out a bit, especially if she has trouble managing her money. A source told OK! Magazine that Kim has received “allowances” from Mauricio. She has reportedly already moved three times since the end of the show’s taping last year, which is one sign of unstable finances.

Either way, the true situation is deeper and more complicated than what is being shown us on television, and some real damage was done to the relationship between these two sisters because of the on-camera fight. But maybe it’s for the best, and will allow both of them to examine their situation and look for healthier behavior patterns.

VIDEO – Nene Leakes and Anderson Cooper, together at last