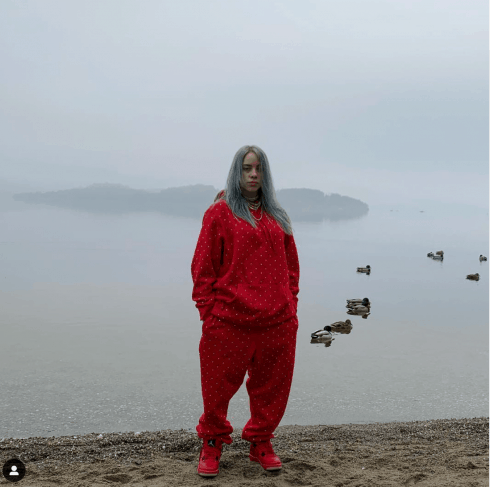 Billie Eilish’s signature style differs from the norm of most pop stars. Instead of baring most of her body as part of her brand, Billie’s trademark is concealing her skin. In a recent ad campaign for Calvin Klein, Billie revealed why she chooses to dress the way she does.

“I never want the world to know everything about me,” she explains in the advertisement. “That’s why I wear big, baggy clothes. Nobody can have an opinion because they haven’t seen what’s underneath.”

man why tf are tierra whack and sza hanging out with soulja boy ?

A lot of these reasons seem similar to Sia’s reasons for hiding her face for so long behind wigs. In 2014 Sia told Nightline “I don’t want to be critiqued about the way that I look on the internet. I’ve been writing pop songs for pop stars now for a couple of years and I’ve become friends with them and see what their life is like and that’s not something I want.”

Maintaining a degree of privacy, even when it comes to something so public as physical appearance, can be a way for famous people to keep a mystery about themselves, especially in this social media age where everything is so open for display and comment.

Women in particular can be picked apart and defined by every small physical trait. This can lead to Facetuning, filters, and even plastic surgery to achieve ideals that don’t match up with reality. Billie not defining herself by her body can set a positive example for other young girls and women to empower themselves with their talents, abilities, and personalities rather than feeling pressured to fulfill an illusion.

Earlier this year Billie Eilish spoke to NME about the sexism she faces over her choice of clothes, and the pressure she gets to wear tighter, more revealing clothes.

“If I was a guy and I was wearing these baggy clothes, nobody would bat an eye. There’s people out there saying, ‘Dress like a girl for once! Wear tight clothes you’d be much prettier and your career would be so much better!’ No it wouldn’t. It literally would not.”

Billie also revealed that she barely goes on Instagram and had to delete Twitter because of the constant negativity on these social media sites. “I just don’t wanna see all the horrible things people say. I don’t wanna see that I should have died instead of this artist,” she says. “It takes not looking at my phone to stop myself from engaging.”

A tour of Roseanne Barr’s husbands

Keeping Up With Kanye is Exhausting! What’s going on with Mr. West?