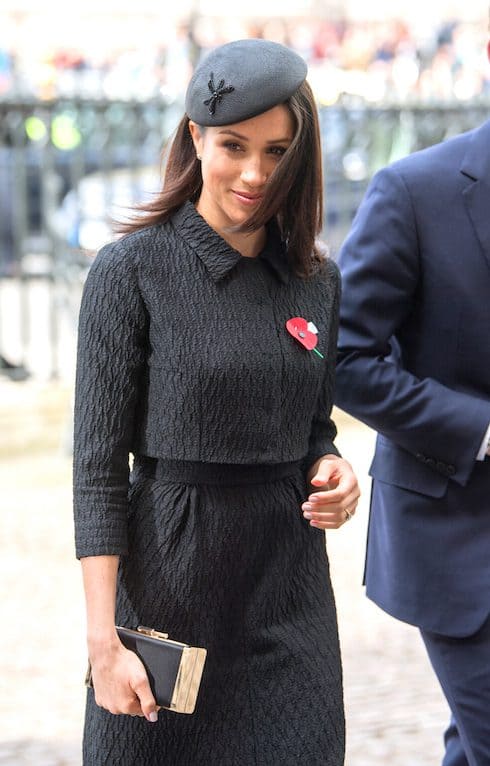 The royal wedding between Prince Harry and Meghan Markle is turning into something of an unwanted spectacle, thanks to the scandal of Meghan’s father Thomas’ paparazzi scam. Thomas has since announced he won’t attend the wedding, which leaves the most anticipated event of the year with a very important question: Who will walk Meghan Markle down the aisle?

The high-profile photo scam, exposed in full yesterday, involved Thomas Markle Sr. collaborating with a known paparazzo for a series of meticulously staged, seemingly candid shots. The resulting photos have netted the photographer somewhere north of $135,000, or almost the exact cost of Meghan’s wedding dress. And, though it’s not known if Thomas was paid for his participation, the unwanted attention his setup generated — combined with a royal plea that the press respect the Markle family’s privacy — has become a major headache for Kensington Palace.

Who will walk Meghan Markle down the aisle now?

According to numerous reports, there are now three front-runners for the job of walking Meghan down the aisle. Per CNN, those three are Prince William; Prince Charles; and Doria Ragland, Meghan’s mother. (Doria and Thomas Markle Sr. divorced when Meghan was two years old.)

The three each have obvious connections to the task. Prince William “has spent more time with the bride” than Prince Charles, and has gone through the pomp and circumstance of a royal wedding more recently.

There’s also a royal precedent for the unorthodox situation of a brother-in-law walking his sister-in-law down the aisle. In 1960, Prince Phillip performed the service for Princess Margaret, whose father died eight years before:

Charles, by contrast, has no official duities at Meghan and Harry’s wedding — and, as her father-in-law, will already be something of a father surrogate.

But it’s widely believed that Meghan’s mother will ultimately be the one to walk the 36-year-old bride down the aisle. As Australia’s news.com.au put it, Meghan “is incredibly close with her mother,” and Doria, 61, “has also already bonded with her future son-in-law.” (Earlier in his engagement to Meghan, Prince Harry described Doria as “awesome.”)

The original plan for the wedding day was for Meghan and Doria to spend the night before the wedding with her at Cliveden House, with the pair then travelling to the ceremony together.

Upon arrival, Meghan was supposed to be greeted by her father, who would then walk her down the aisle. However, now that he’s pulled out, it’s possible Doria will take over.

The Markle family has had rather a rough go of things over the past 48 hours. Following the exposure of Thomas’ paparazzi scam, TMZ was the first to report that Meghan’s father will not attend the royal wedding at all. Thomas himself told the site that “he felt shame” over the staged shots; it’s believed that Thomas made the decision to stay away himself, though reports that his invitation was withdrawn have not been confirmed.

Shortly after that, Meghan’s half-sister Samantha took the blame for the scandal, saying that the whole thing was her idea and it got way out of hand.

The Daily Mail reports that Samantha urged her father to pose for the pics. “I said to [Thomas] to show the world ‘I’m getting in shape and getting healthy,'” Samantha explained. “So I suggested it to benefit him and the royal family.”

Samantha added that she hadn’t made the suggestion for money and never intended for her father or herself to be paid. “It was not money-motivated,” she said. “I have no idea [if he was paid] but if he was it would have been a pittance. They don’t pay that much….I’m entirely the culprit.”

The bad press over my father doing staged photos is my fault. The media was unfairly making him look bad so I suggested he do positive photos for his benefit and the benefit of the royal family. We had no idea he would be taken advantage of. It was not for money.

Meghan Markle and Prince Harry’s wedding will take place on Saturday, May 19.

(Photo credits: Who will walk Meghan Markle down the aisle via Zak Hussein)