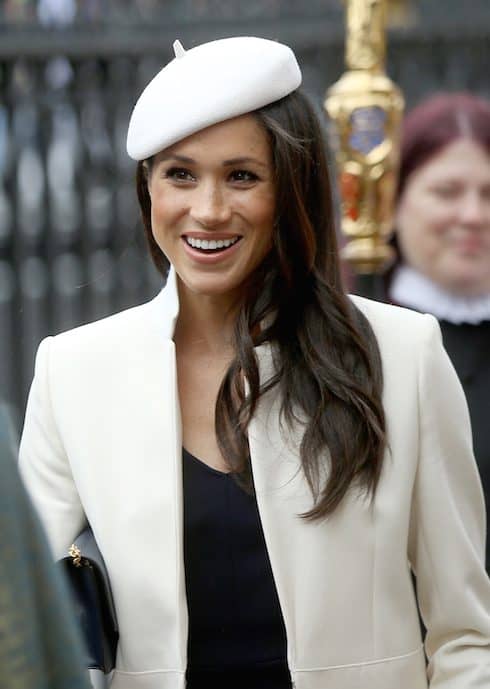 Rumors about an alleged paparazzi scam are flying, but did Meghan Markle’s dad set her up in a fake photo shoot and keep the cash after selling the pics? According to just-released footage, it appears that Thomas Markle Sr. may have conspired with a known paparazzo to get himself front of a hidden lens, then possibly pocketed a portion of the resulting pics’ hefty six-figure profits — in the face of royal warnings to respect the Markle family’s privacy.

Noted UK tabloid the Daily Mail broke the story (and continued its impressive string of 2018 scoops in the process). According to their exposé, Thomas “has been caught on [closed-circuit TV] willingly posing for faked photographs” that were sold to newspapers worldwide for a grand total of around £100,000 — or about $135,000 US.

(By sheer coincidence, that amount is the exact cost of Meghan Markle’s royal wedding dress.)

Per the Daily Mail, the scam worked like this. Thomas Markle Sr., 73, contacted photographer Jeff Rayner to set up a series of seemingly candid shoots involving Thomas “appear[ing] to be unaware [the photos] are being taken” while he is measured for his wedding tuxedo; “browsing a book of British landmarks” in a Starbucks; and “working out with weights to get in shape for the big day.”

However, surveillance footage filmed at two of the three locations shows Thomas and Jeff Rayner showing up together and discussing how to best capture the images. And in the first of the three examples above, Thomas’ “tailor” was actually “an assistant at a party goods shop recruited for the job” because the planned location turned out to be closed on the day of the intended shoot.

The Daily Mail‘s report is quick to point out that, despite the suggestion of semi-ill-gotten gains, “it is not known if [Thomas Markle Sr.] was paid to take part.” But the “revelation” of what looks like a royal wedding photo scam is a “huge embarrassment to the Royal Family in the run-up to” this weekend’s wedding between Meghan Markle and Prince Harry. (In 2016, shortly after Meghan and Harry’s relationship went public, it was the Prince himself who asked the media to respect the privacy of the Markle family.)

Here’s some of the video footage of the alleged secret collaboration:

Thomas, who currently lives in Mexico, was a television cameraman, cinematographer, and lighting director in TV for decades. His most notable tenure was as a member of the crew of General Hospital from 1979 to 1996; Thomas also worked on popular sitcoms Married With Children and The Facts of Life. Over the course of his career, he won two Emmy awards and was nominated for eight more.

The greater Markle family has more or less tried to keep a low (ish) profile since Meghan and Harry announced their engagement, and Meghan has only spoken of her parents — who divorced when she was two — in positive terms, when they’ve come up at all. For example, in the same Vanity Fair interview that featured Meghan declaring for the first time her outright love for Harry, she also had this to say about her mother and father:

My parents had been so supportive [when I was younger], watching me audition, trying to make ends meet, taking all the odds-and-ends jobs to pay my bills. I was doing calligraphy, and I was a hostess at a restaurant—and all those things that actors do. My father knew how hard it is for an actor to get work, so he above all people was so proud that I was able to beat the odds….What’s so incredible, you know, is that my parents split up when I was two, [but] I never saw them fight. We would still take vacations together. My dad would come on Sundays to drop me off, and we’d watch Jeopardy! eating dinner on TV trays, the three of us. . . . We were still so close-knit.

In fact, it was Thomas Markle — and an unexpected financial windfall — who helped Meghan pursue her dreams of becoming an actress in the first place. When Meghan was nine years old, Thomas Sr. “scored $750,000 lottery win,” and Thomas would later fund his daughter’s education with the money.

“If Meg marries Harry she’ll have won the lottery of life but dad winning the lottery helped us all,” Meghan’s half-brother, Thomas Jr., said late last year. “That money allowed Meg to go to the best schools and get the best training. Meg is someone who has always had laser focus. She knows what she wants and she doesn’t stop until she gets it.”

(Photo credits: Did Meghan Markle’s dad set her up via Flynet / Splash News)

17-year-old Ariel Winter is emancipated from her parents: Why did she want to get away?