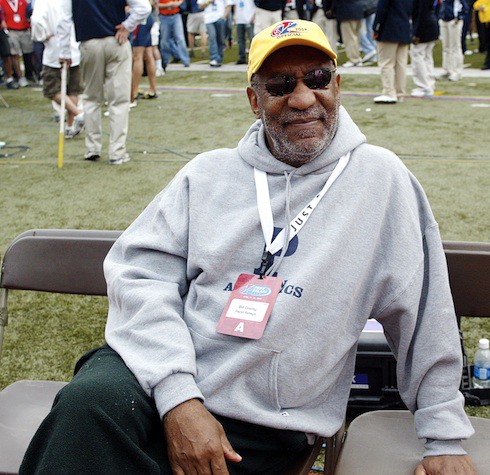 In a recently-revealed deposition from 2005, Bill Cosby admits to having paid for sex, drugs to coerce women into sex, and the silence of women with whom he’d cheated. The New York Times has just published a report on the startling revelations, which involved an unsealed deposition Cosby gave in 2005.

Cosby gave the deposition in the civil lawsuit brought against him by Andrea Constand, who is one of the 47 women to accuse him of sexual misconduct. Constand accused Cosby of giving her medication that made her dizzy and then “penetrating her digitally” and “rubbing his penis against her hands” in January of 2004. A district attorney wanted to charge Cosby in a criminal lawsuit in that case, but later said he “lacked proof” to do so, even though he thought Cosby was lying.

In the deposition, which runs to nearly 1,000 pages, Cosby never acknowledges that he did anything wrong. But the document does demonstrate that Bill Cosby admits to pursuing women outside of his marriage, using a combination of fame, mock interest in their lives, and drugs to prey on them sexually. Cosby further admits to having paid money and goods to keep those pursuits secret.

In the case of Constand, Cosby described an encounter the pair had on his back porch, after a candlelit dinner at Cosby’s home: “I take her hair and I pull it back and I have her face like this,” Cosby said. “And I’m talking to her…And I talked to her about relaxing, being strong. And I said to her, come in, meaning her body.”

Cosby refrained from kissing Constand in that instance; he said he felt as though she didn’t want him to, and went on to say that “I think that I’m a pretty decent reader of people and their emotions in these romantic sexual things, whatever you want to call them.”

The next time the pair met for dinner, though, they shared what Cosby called a “sexual moment.” He said that afterward, Constand had “a glow.”

Cosby described their interactions as something in between sexual and romantic love, though he stressed that he was not in love with Constand: “[It] is something that I feel the woman will succumb to more of a romance and more of a feeling, not love, but it’s deeper than a playful situation.”

Constand’s lawyer, however, says that Cosby did not give the 21-year-old Benadryl, and that it was something much more powerful. Elsewhere in the deposition, Cosby acknowledged obtaining perscriptions for Quaaludes in order to seduce women. In the 70s, Cosby noted, “Quaaludes happen[ed] to be the drug that kids, young people were using to party with and there were times when I wanted to have them just in case.” He said he never used them himself because they made him sleepy, and that he offered them to women to be used “the same as people would say have a drink.”

Later, Bill Cosby admits that he intended to pay for Constand’s return to school, something she said she intended to do after her encounters with Cosby began to bother her. Cosby planned to pay for the expenses personally, rather than funding Constand via his own educational foundation, in order to keep the matter secret from his wife:

Q. Would your wife know about that?

A. That’s family. My wife would not know it was because Andrea and I had had sex and that Andrea was now very, very upset and that she decided that she would like to go to school or whatever it is. We can get back on track.

Q. How would you explain to your wife that you were giving this personally as opposed to using the foundation?

A. I would say to her that there is a person I would like to help.

Cosby described a similar maneuver in the case of Theresa Serignese, a woman who has accused him of accosting her in Las Vegas. Cosby had his talent agency pay Serignese $5,000, after which Cosby sent the agency $5,000 from his own account in order to conceal the money’s real destination:

Q. And did that come from your personal account or from the business?

Q. So, was the purpose of that to disguise —

Q. I have to finish my question. Was to disguise that you were paying the money to Theresa?

Q. And the reason you were doing — who were you preventing from knowing that?

Cosby’s lawyers fought for years to keep the Constand case sealed, but a 62-page memorandum of law regarding the case was released earlier this month. And, though the official result of the lawsuit remains under wraps, it turned out that Cosby’s deposition was actually never sealed at all–the Times discovered that it was available to the public via a court reporting service.