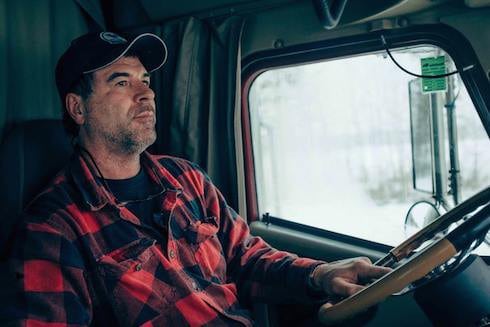 Did Darrell Ward die? The horrible question is on the lips of shocked Ice Road Truckers fans, many of whom are only just now learning of the tragedy that took the life of Ward and a friend earlier this week. Tributes to the Montana Legend continue to pour in over social media, and Ward’s family has just announced the details of his funeral service.

Ward, 52, was killed when the small aircraft owned by his friend, 56-year-old pilot Mark Melotz, experienced a sudden and dramatic loss of altitude and crashed into a strand of trees near their intended destination, an airstrip outside Rock Creek MT. According to friends and family who’d gathered at the strip to greet the two men, the plane “explode[d] into a fireball” after hitting the trees; Melotz was also killed in the crash.

According to Eric Komberec, a friend of Melotz’s who witnessed the crash, the plane appeared to be in perfect working order, and its change in direction came from out of nowhere. “[Melotz] didn’t stall short of the runway. He had a well-stabilized, nonevent landing and, right prior to the touchdown, the airplane just veered 90 degrees to the right and clipped those trees,” he told the Montana Standard. “Something happened drastically wrong at the very last minute that was out of the ordinary, unlike anything I’ve ever seen.”

Komberec added, “They’ve got to do the investigating and all that, but I don’t think anybody will ever know what happened.”

Darrell Ward’s family has been updating his official Facebook page with tons of photos and video clips of the late star, along with details on Ward’s memorial service–it will be private, but a public memorial is in the works–and a suggestion of what fans can do in the meantime to show their support for the deceased and his grieving family.

And, in case you missed it because of the embed above, here’s the address to which interested fans can send donations for Darrell’s children and grandchildren’s college fund: