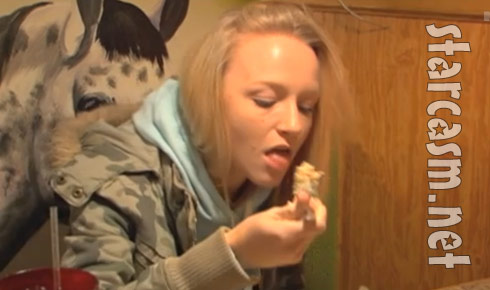 It’s time once again for our weekly roundup of the Teen Mom After Show and additional bonus footage. As usual the After Show features host SuChin Pak, Catelynn Lowell, Farrah Abraham, Maci Bookout and a small studio audience of young mothers. Amber Portwood is absent due to her time spent in rehab.

Let’s see what the girls had to say about this week’s episode beginning with the complete After Show:

They discuss her and Tyler’s guilt in regards to not being in touch with the adoptive parents as much as they felt they should. Months would go by where Catelynn and Tyler don’t contact them. The adoptive mom retreat opens the idea that adoptive parents can choose to change to a closed adoption and at first this scares Catelynn. However, she states matter of fact that she knows that Brandon and Teresa would never do that to Carly. 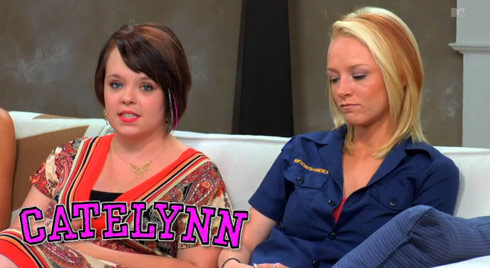 Farrah kind of laughs about trying to keep her new little puppy from her mother. Pak, the audience and anyone who watches the show knows that ain’t gonna happen! They also laughed about the fact that Sophia said “puppy” over and over again and how it was an easy out that it was Sophia who spilled the puppy beans. Farrah gets a pat on the back for passing her classes.

Maci had a funny story about “Bubba the hamster” that she got from PetSmart who managed to keep pulling an Andy Dufresne by escaping his cage. Bubba would then do his favorite past-time of pooping behind the oven and when they would cook the house would stink. Well, being a smart southern gal Maci scored a fake hamster from Cracker Barrel and replaced poor Bubba. Bentley had no problem with it and Maci says that to this day she still gets Bubba the imposter out and turns him on to play with him. 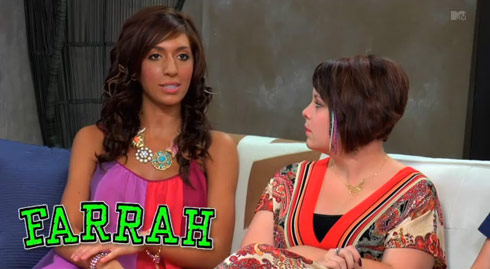 Maci talks about Ryan and his possible threat of preventing her and Kyle from living together with Bentley in the house. Maci thinks that if he was smart he would have done it. But he didn’t follow through so that’s fine with Maci too. Maci doesn’t believe that Ryan was bothered or really cared about the situation but that he was being led by his parents who, “tell him what to do.” Maci sees it as being selfish and that she should have all rights to Bentley because Ryan isn’t mature enough to make any decisions.

According to Maci, Kyle gets bent out of shape that he doesn’t have any say so in regards to the parenting situation, for instance they always have to take Bentley to Ryan. Pak asks a surprising question wondering if Maci has considered letting Kyle adopt. Maci states that Ryan would have to give permission to allow Kyle to adopt Bentley only after he is 12-years-old. Pak asks the obvious question to Maci, “How do you know so much about the adoption process?” Maci kind of dances around the question by answering, “Google.” The point is that she’s really researched and considered the idea. 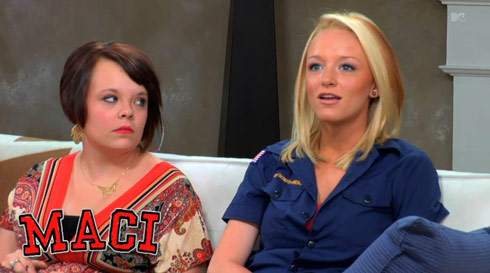 The bonus footage this week features Kyle and Maci out to dinner discussing Ryan. Kyle says it’s going to be hard when Ryan moves out in which Maci claims he’ll never move out. Maci is put off by the fact that Ryan had the choice to not be a dad. Maci explains to Kyle that she has all the rights and that Ryan is being an a-hole and if she wanted to she could be an a-hole too. In the end Maci explains that she’d rather Bentley grow up around Ryan’s “dumb ass” and know him as opposed to not knowing his father.

I think this is an interesting topic. Let’s take out Maci, Ryan, Kyle, Bentley and our biases and look at it this way. If you were a young mother who genuinely believed that the father of your child was incapable of making adult decisions and didn’t care what happened to you or your child would you still feel that it’s important for your child to have a relationship with the father?

In my humble opinion and parenting experience, being a dad is about being there and more importantly wanting to be there. If I genuinely did not feel that way, if I wasn’t concerned about my child then I believe the child’s life would be richer with me out of it. I knew friends who were in both these scenarios growing up and it’s my experience that a forced relationship with someone who’s supposed to love and want to be there but doesn’t takes a very hard toll. What do you think?