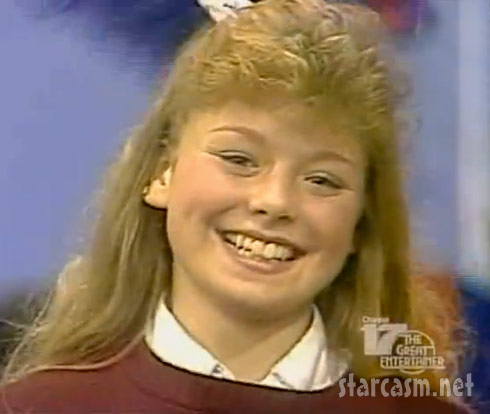 This must be embarrassing videos from the ’80s week because fresh on the heels of Kris Jenner’s unspeakably kitsch ‘n’ catchy music video “I Love My Friends” we have clips of a teenage Kelly Ripa busting some serious moves on a 1980s teen dance show titled Dancin’ On Air! That’s right, long before she was exchanging verbal barbs with Regis Kelly was exchanging some bump and grind with a slew of handsome high school hunks!

I’m gonna start you guys off slow with a clip featuring Kelly in her cheerleading outfit being interviewed by the show’s host, who introduces her by saying,” I’m sure you recognize this young lady! This is Kelly Ripa, and she is on the Dancin’ On Air “School Spirit” commercial that we see every day.”

Kelly, what high school do you go to?

And you’re obviously a cheerleader?

OK, now it came out on a dance special about a week ago that you always wear red. I’ve been watching it – you do! Does that mean we’re going to see you in red every Dancin’ On Air show?

Yeah, unless there’s nothing else clean to wear!

Ohhhhhhh, I see. Stick around, we’ve got a dynamite roll call for you next on “School Spirit” day on Dancin’ On Air!

Kelly obviously already has her famous bubbly personality, but does she have the intensity that helped her become one of the most successful and beloved on air personalities on the modern era? The answer is… 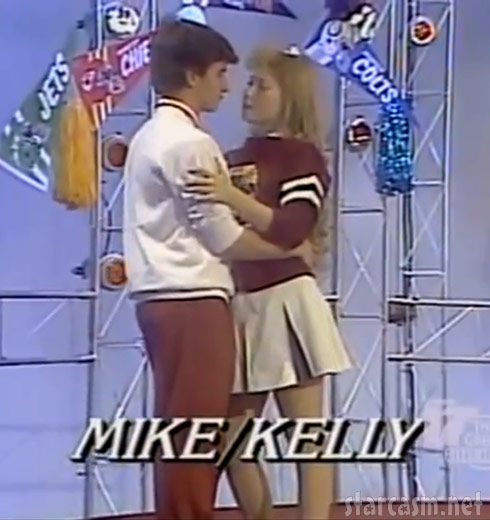 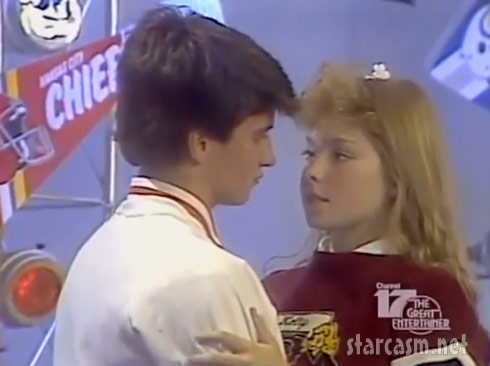 I can’t be absolutely certain, but I think “Mike” is actually a young Billy Baldwin. Can anyone confirm?

The show aired from 1981-1987 and was a predecessor (later a sister show) to Dance Party USA. These clips are all thanks to a recent Dancin’ On Air flashback marathon run by a Philadelphia based television station that included interviews with some of the dancers 30 years later.

In addition to slow dancing segments the show had numerous other themed moments, including the “cut-in dance” segement in which select dancers would be able to “cut in” and take the place of one of the featured dancers. In this clip the ones cutting in share with the host what it is that turns them off as a clever ode to the song playing at the time, Robert Palmer’s “I Didn’t Mean To Turn You On.”

If you look closely you can see Kelly bopping away in the background, wearing that same cheerleading outfit. She actually gets cut in on at right around the 2:25 mark by Ingrid, who says what turns her off is ignorance.

And just in case all of the above clips and images aren’t enough, here is an addictive Kelly Ripa Dancin’ On Air animated gif that is nothing short of hypnotizingly perky courtesy of FourFour:

Be sure to hop over to FourFour for an AMAZING Top 25 list of their favorite people from the Dancin’ On Air marathon as well as an animated gif gallery that will implode your brain! 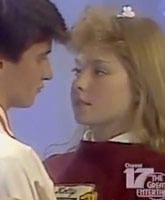