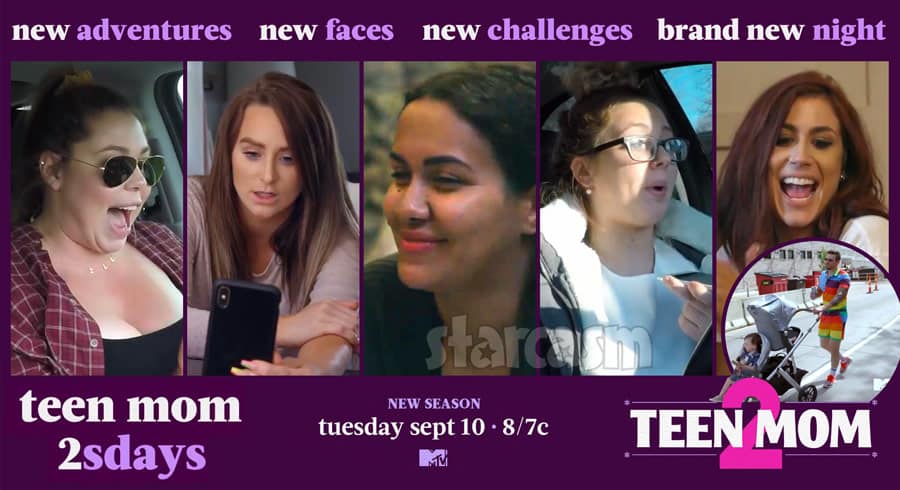 MTV has just released the first preview trailer for the brand new season of Teen Mom 2, which will be airing on a brand new night! The clip features new addition Jade Cline, but is missing Jenelle Eason — who will not be on this season.

“The moms are on the move to a brand new night,” says the narrator at the beginning of the clip. “Say hello to Teen Mom 2sdays!” That’s right, Teen Mom 2 is moving to Tuesday nights where it will premiere on September 10 at 8/7c.

And here’s what viewers can expect to see, solely based on the teasers in the video:

Leah continues to flirt with the notion of reuniting with ex Jeremy Calvert. But perhaps it isn’t just flirting this time?

Addie gets sick, and Leah mentions the “c” word in a pre-diagnosis conversation. 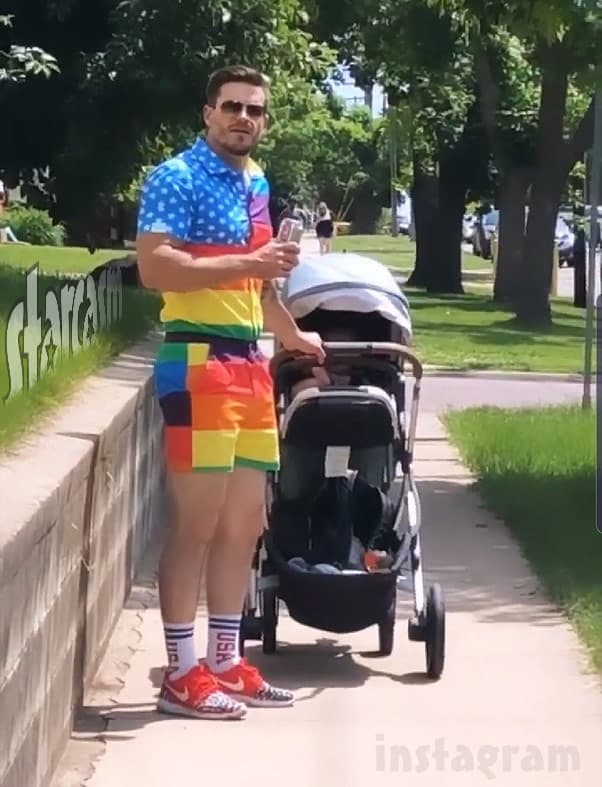 The DeBoers relocate to a new home. (At least I think that’s right.)

Kail continues to make plans for her new home, but she wishes she had someone to share it with.

Devoin gets drunk while watching Nova, as revealed during last season’s Reunion.

Briana and her new man John are still going strong.

Jade steps right into Jenelle’s shoes as the show’s lightning rod for drama and police involvement. The trailer seems to suggest that police are called after an altercation between Jade and her on-again, off-again boyfriend Sean in regards to the couple’s apartment. (Jade has already revealed that she was filming when she found out her mom and stepdad were arrested earlier this year.)

I don’t think MTV had a choice about not filming Jenelle this season (I want to iterate that the network did not say she was fired in their statement, merely that she wouldn’t be included this season), but I have to confess that Teen Mom 2 doesn’t seem the same without her! So, will you be tuning in on September 10?