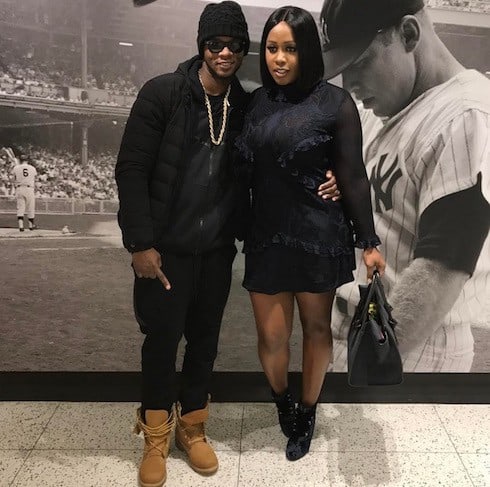 Papoose and Remy Ma haven’t talked much in public about her ectopic pregnancy since the news broke on a recent Love & Hip Hop episode. In fact, the long gap between Remy’s initial pregnancy announcement at the Season 6 reunion last spring and the heart-wrenching Season 7 revelation that she’d lost the baby was enough for some viewers to forget that Remy had been pregnant in the first place. But Remy’s medical emergency took place months ago, which, as astute fans have pointed out, means she and Papoose have had to sit on the news for quite a long time without being able to make their grief public if they so chose.

But this week the couple appeared on The Real thanks to Remy’s job as a temporary guest host, and they broke their silence about what the loss has meant to them. Unsurprisingly, Papoose said Remy’s miscarriage was “the saddest day of [his] life.” He explained that when Remy him she was pregnant, he was “extremely happy. I was thinking of names…I would wake up in the morning [and] the first thing I would see is my future child.”

Making matters even worse for the couple was the fact that it sounds like they didn’t even get to talk to each other before Remy was taken to the ER. “When I got the news,” Papoose said, “she had to go into emergency surgery. So I was devastated about my child, but I was just praying, you know, ‘I hope my wife is going to be OK.'”

In addition, Remy revealed that she’s had to go through this all before–the loss was not her first ectopic pregnancy. “I was a teenager the first time I got pregnant. I literally had passed out–I thought I had bad cramps. My friends, you know, they called the ambulance. I went to the hospital, they did a sonogram, and it was black. I was bleeding internally; they rushed me into surgery.”

The result of that surgery was the removal of one of Remy’s fallopian tubes. But the extent of that loss wasn’t immediately clear to Remy, who added, “I was a kid; I didn’t know what that meant.”

Remy confirmed that her second ectopic pregnancy resulted in the loss of her second fallopian tube, and she can only have children through in vitro fertilization–something she appears determined to do.

Hilary Duff says it took her a year to lose her baby weight: “I’d rather be happy than bitter”