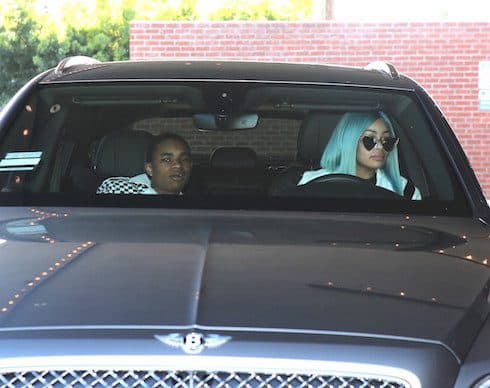 Blac Chyna, who raised eyebrows when she stepped out with 18-year-old boyfriend YBN Almighty Jay earlier this year, then raised them mid-forehead when she allegedly got pregnant with his baby, is single once again. But why did Blac Chyna split with YBN Almighty Jay? Apparently, the teenager is expecting a child — just with a different woman altogether.

Blac maintained that what looked an awful lot like a baby bump in a tight dress was really just the physical evidence of a huge bean burrito for lunch before her son King Cairo’s kindergarten graduation. So she left it to YBN to announce that his 30-year-old sugar mama had split, something that he did in a since-deleted Instagram post. “”@blacchyna and I are no longer together,” he said, offering nothing more in the way of explanation and leaving observers to fill in the blanks as they saw fit.

Fortunately for those observers, it didn’t take long for tipsters to do their work. TMZ was the first to report that Blac had become “fed up with YBN Almighty Jay’s shady ways” — specifically, she “dumped his ass” because “she thinks YBN knocked up a [side] chick.”

A “source close to Jay” could neither confirm nor disconfirm that particular bit of gossip. However, Blac also apparently “felt disrespected” because YBN “was slipping” [cough] “into a few girls’ DMs,” and that he wouldn’t stop “hanging out with [other] chicks after performances.”

Which is all a very roundabout way of saying what we were all thinking as soon as the two went public: She’s a 30-year-old professional celebrity with two kids by men who, combined, make up one professional celebrity; he’s an 18-year-old with a few hundred thousand followers on Instagram and (presumably) no curfew. This was only ever going to last as long as it was fun.

One popular theory as to why things stopped being fun? Paparazzi shots like this one, from when Blac took YBN car shopping last March: 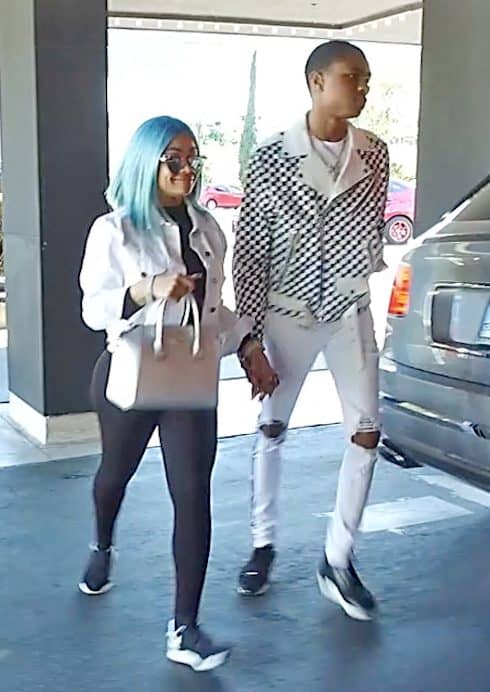 That doesn’t look like anything other than a hot mom dragging her teenaged son along for an errand he has no interest in. But she can’t trust him home alone during his grounding, so he has to plod along and pretend not to notice when all the salesmen hit on his mom.

And just to be clear, that’s not to take anything away from Blac. Look at her grin in that photo! She knows exactly what kind of fun she’s having, and more power to her for it. Getting Kardashian money in your account every month has got to make some of life’s more tedious moments a little more bearable.