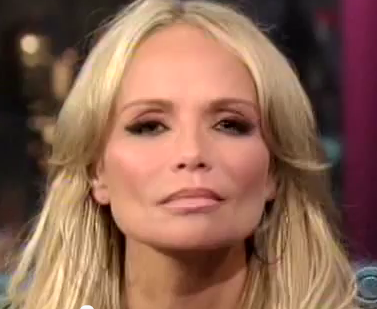 Kristin Chenoweth stopped by David Letterman last night to discuss her new ABC show GCB (originally titled Good Christian Bitches, which didn’t fly, so they went with Good Christian Belles, and now it’s just GCB,) and she had a bit of an eye problem.

The bubbly Chenoweth was wearing sunglasses, but not just to look cool, she was in the middle of an allergic reaction to the formaldehyde in her eyelash extensions.

Her eyelids were mega swollen (she said it looked like she had lips on her eyes,) and she readily shared with the audience her new look. Basically her new look isn’t that bad. It’s kind of Janice the Muppet: 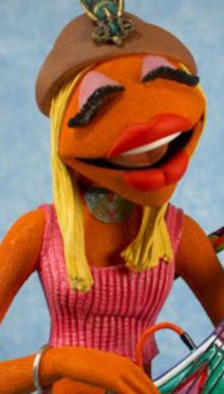 Kristin was upset at first about her eyes, but then looked at herself in the camera and decided it was actually a little sexy. “They’re like sl**ty eyes.”

How could anyone not love Chenoweth?