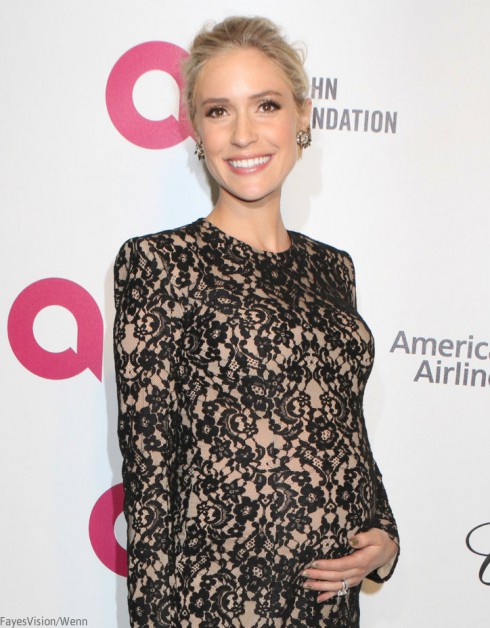 The Hills‘ Kristin Cavallari isn’t vaccinating her children because she believes vaccinations lead to autism.

“I read too many of those books about autism and those studies,” Kristin told Lisa Kennedy during Fox Business on Thursday.

“No, there’s no links,” host Lisa argued. “Read the links that say autism and vaccines have no correlation.”

Kristin, who has one son with husband Jay Cutler and another baby on the way, added, “I will say this: There is a pediatric group… Homefirst… They’ve never vaccinated any of their children and they haven’t had one case of autism. And, now, 1 in 88 boys is autistic, which is a really scary statistic.”

Former MTV VJ Lisa said, “Well, my mom vaccinated us and she doesn’t have any cases of autism either. Isn’t that weird?”

“Right, but the vaccinations have changed over the year,” Kristin responded. “There’s more mercury.”

Watch the chat here… Vaccination talk begins near the 2:15 mark.

The study that Kristin referenced was published in The Lancet medical journal in 1998 and claimed to show a link between the MMR vaccine (for measles, mumps and rubella) and the development of autism. The study was wholly retracted in 2010 when it was revealed author Andrew Wakefield fixed results and manipulated data so that he could financially gain from diagnostic kits.

Researchers now say there is no verified link between vaccines and autism.

Still, some people — including the group Kristin referenced and actress Jenny McCarthy — are fiercely opposed to vaccinating their children.

Unfortunately, this can negatively affect other families that have children who are too young for vaccinations: In January, the Council on Foreign Relations introduced an interactive map that shows the growth of vaccine-preventable disease outbreaks since 2009. In New York City, there is currently a potentially deadly outbreak of measles, which was considered eliminated in the United States in 2000. Health officials partially attribute the new outbreak to parents who opt not to vaccinate.