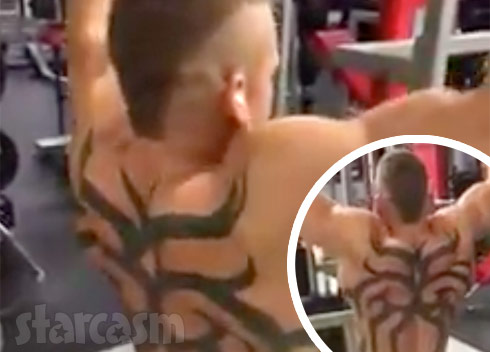 Teen Mom 2 star Jenelle Evans’ ex Nathan Griffith is no stranger to posing shirtless, so when he recently posted a topless workout video I was shocked to see (for the first time!) that his entire back is covered with an elaborate tribal type tattoo! 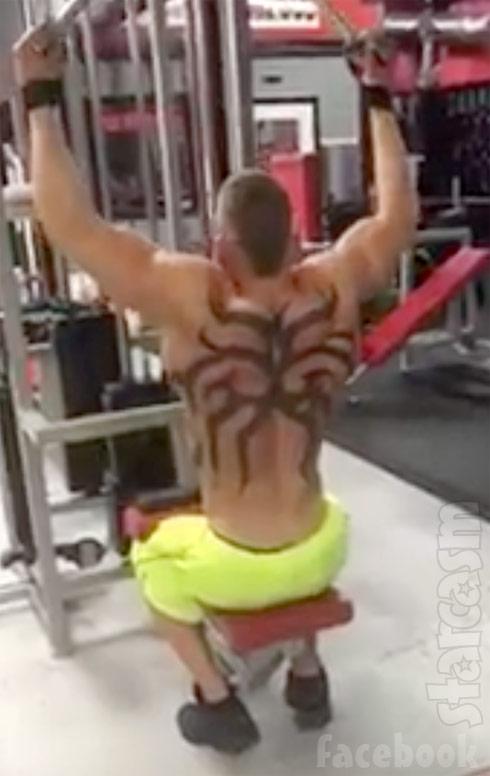 Nathan captioned the video “Get those wings!!!!” and in it he is doing some pulldowns to build his lats:

We spoke with a source close to Nathan who tells us that he got the elaborate ink in two sessions just prior to his relationship with Jenelle fell apart. He clearly had the tattoo in the now-infamous Underoos Snapchat photos with Jenelle. (Click here for Jenelle’s explanation for those racy pics long after they had broken up.)

Here is another look: 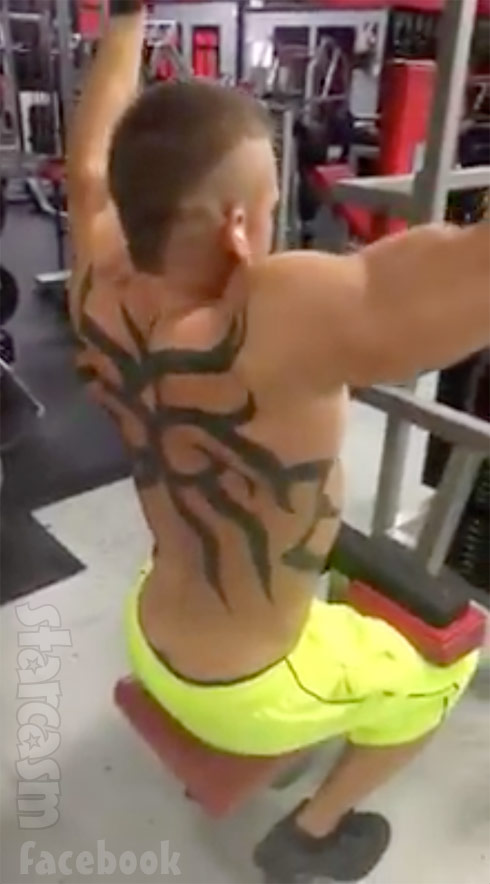 Nathan apparently considered getting the virgin tattoo real estate on his back covered up more than a year ago, but backed out at that time. From Jenelle’s Twitter:

Unfortunately, it appears as though Teen Mom 2 fans will not get to see Nathan’s new ink on the small screen as Jenelle has gotten pretty serious with her new boyfriend David Eason. Of course, as Kieffer Delp has proven many, many, many times, there’s always a chance we will be seeing more of Nathan in the future.