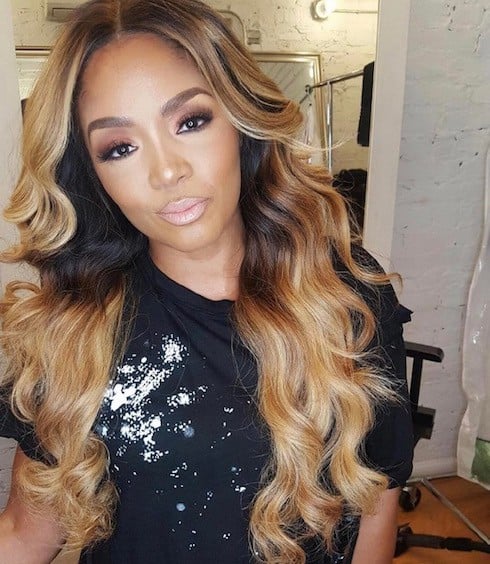 By this point on Love & Hip Hop Atlanta Season 6, it’s kind of all over but the shouting as far as Kirk Frost and Rasheeda’s storyline is concerned. (And, to be fair to the show, there’s never any shortage of shouting.) We know that Kirk cheated on Rasheeda because he admitted as much. We know that Kirk is the father of Jasmine Washington’s baby Kannon because, despite LHHATL’s many attempts to deceive its audience, VH1 accidentally confirmed that the baby is Kirk’s several weeks ago. And, though we’re not a hundred percent sure that Rasheeda and Kirk are still together, it looks like they’re opting against divorce for the time being at least.

Plus, thanks to the show’s most recent episode, we now also know that Kirk Frost had to cheat on Rasheeda. She left him no choice, you see, because their sex life was filled with, to use Kirk’s word, a “coldness”–and the plunge in temperature was all Rasheeda’s fault. Keep your eyes on Scrappy’s face in the clip below and see if you can match his level of incredulity at Kirk’s line of thinking:

“You gotta realize,” Kirk says, as Scrappy’s uncomfortable squirming increases, “that you got a husband, and if you don’t want to make him stray, you gotta make it right.” Which is the exact rationale cheating men have used forever–and Scrappy isn’t having any of it. But, when he tries to convince Kirk to take Jasmine’s paternity test and prove that Kannon isn’t his baby (Kannon is totally his baby), Kirk dismisses the notion–though he also leaves himself an out. At first, Kirk protests way too much, shaking his head and saying he straight-up won’t take the test. Then, a moment later, he says he’ll take the test “when he’s ready,” and he “ain’t ready”–suggesting, of course, that he will be at some future date.

(Kirk also compares himself to Jesus, because they both “made a mistake.” It’s probably best that he stopped there instead of trying to explain the “mistake” that got Jesus crucified.)

After that episode aired, Rasheeda somehow managed to hold her tongue–in public at least. She took to Instagram to wish daughter Kelsie a happy 22nd birthday…

Happy Birthday to my love @therealkelsie you are 22 today boo growing up so fast on me! Love you & wishing you many many more!! ?????? Send her some bday wishes guys!!

…something that Kirk did as well, though the photo he shared may have been from an earlier time, suggesting that he might not have seen (or been able to see) Kelsie on her birthday:

Screaming Happy 22nd birthday to @therealkelsie ??????love you and wishing you nothing but the best #theonlygirl #22ndbday #mydaughter ????

In fact, it looks like no one from the rest of the LHHATL cast had anything to say about Kirk and Rasheeda, either. It’s possible that they’ve been silenced by the powers that be at VH1, in preparation for a grand, late-season reveal…or that they’re kind of over the drama.

(Photo credits: Kirk Frost had to cheat on Rasheeda via Instagram)