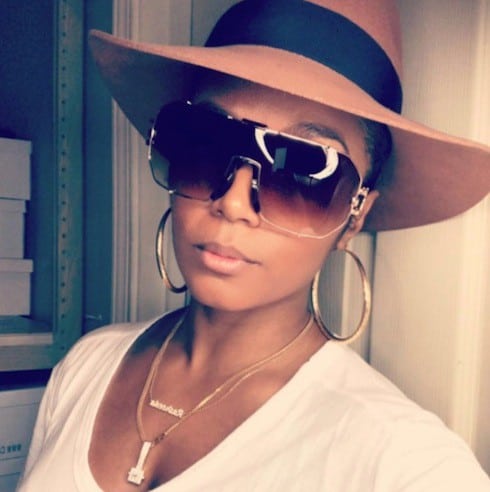 I’m pretty sure we say this every year, but, now that the LHHATL Season 6 reunion spoilers are in, it seems a safe bet to call this season the most over-the-top in the show’s history. Thanks to Joseline’s recent Instagram outburst, we already know that one high-profile member of the show’s cast has apparently quit for good. (Note that Tommie quit the show before the reunion was even taped, which makes a certain kind of sense.)

But Joseline’s exit is just one of the drama-tastic updates we have from the reunion taping, which took place this past Wednesday, May 31st. The first round of spoilers comes courtesy of noted gossip account @LHHTEA, which was right on the money with the new additions to the Season 6 cast weeks before the official announcements were made and has hit on several other major spoilers since then. According to their take, we can expect to see the following when the reunion special airs:

–Tommie did, in fact, show up for the filming. But she and Joseline never got into it–the two had to rotate their time on the stage, due to the still-in-place restraining order.

–In another surprise, Karen King was re-invited to the reunion despite the producers originally banning her. (She wound up appearing via live video feed.) Karen was apparently expecting an apology from Tommie, but that didn’t happen. Then, after the taping, Karen went back on Instagram and claimed she’s going to put Tommie back in jail.

–One thing Tommie did do was draw attention to herself for her curious, childish antics. She was reportedly “rolling on the floor,” had several “randon outbursts,” and caused several extended delays in taping so the crew could get things back under control.

–One more note on Tommie (which seems fair, since the reunion is apparently her grand finale): She “got into it” with Treasure, and the two traded insults over each others’ appearances. Tommie tried to fight Treasure, but the crew intervened.

–Treasure and Jessica Dime also nearly got into a fight–and their beef supposedly stems from a different on-screen altercation that has yet to air during LHHATL Season 6.

–Kirk Frost’s baby mama Jasmine Washington and her boo Rod Bullock apparently ducked out early in protest because Keonna, Rod’s other girl, didn’t get an invite.

–Moriah, Sierra, and Shooter “went back and forth about the same sh!t” until Moriah “had enough of it and left.” (But she didn’t leave in time to avoid getting “dragggggedddd” by Shooter 😉 )

–Neither Waka nor Tammy Rivera were in attendance. The reunion was taped on Waka’s birthday, so he and his bride decided they would rather spend the day elsewhere 🙂

–There were, surprisingly enough, no fights on camera. This may be due to the recent edict the producers handed down that forbids fights during filming.

Additionally, @BestRealityBlog also strongly suggested that we should expect Lil Scrappy to leave the ATL behind and join up with the cast of Love & Hip Hop Miami Season 1. (We first reported on that likelihood in May–click here for the full write-up.)

As for the LHHATL Season 6 reunion fashions? For starters, it should come as no surprise that Joseline was there to turn heads:

Nor that Lovely Mimi came to take out eyeballs (in more ways than one):

I ain't gonna lie … my body too thick for this outfit ? them stones was popping of left n right HAIL storm ? but that ASS ??? ???

However, it was a bit of a surprise to see Stevie J lawyered up before the cameras rolled. And we mean that in the literal sense–that’s his lawyer with him backstage during filming:

Beyond that, we can all but confirm that the LHHATL Season 6 reunion air date will be Monday, July 3rd, and Monday, July 10th. News that VH1 was planning a two-part special leaked out weeks ago, and Love & Hip Hop Hollywood Season 4 drops on the 17th. So, keeping in the grand tradition of one LHH franchise ending and another beginning the very next week, expect the LHHATL Season 6 reunion to air the first two Mondays in July.