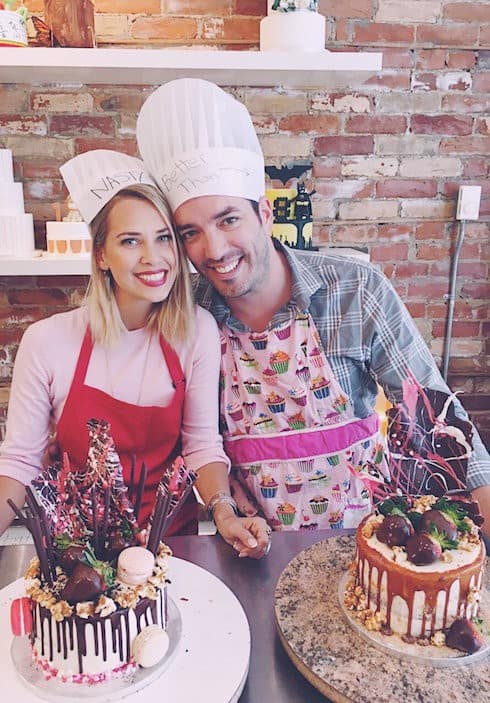 Property Brother Drew Scott dated his now-fiancée Linda Phan for several years before their engagement, and the two actually worked together at the same time: Drew hired Linda as the Creative Director for Scott Brothers Entertainment all the way back in 2014. The pairing worked beautifully, thanks in part to what Drew called their “workaholic” personalities. But the precedent also generated a fair bit of buzz over the past few weeks, thanks to the news that Jonathan Scott’s girlfriend Jacinta Kuznetsov is now an employee of Scott Brothers Entertainment as well.

Though she doesn’t appear on the company’s website, a recent feature in People mentions that Jacinta, 28, is working as a “development producer” under Jonathan. They first met in 2015 at a charity event, but Jacinta wasn’t smitten: “I kind of shrugged him off at first,” she told the magazine. It was several months later, when Jonathan “tracked her down on social media,” that their relationship began–and Jonathan says theirs is “the most humbling, unexpected, fantastic place to be in my life.”

He added, “I’ve never been happier.” 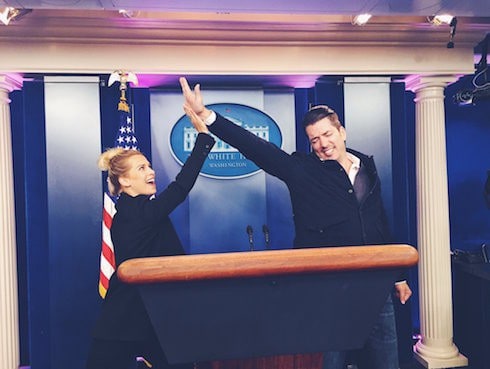 Before working with Scott Brothers Entertainment, Jacinta was a producer for The Strombo Show, a Canadian radio and talk show hosted by former CNN personality George Stromboulopoulos. She’s also an advocate for Sistering, a Toronto-based charity and homeless shelter for “women who are homeless, underhoused, low income, or marginalized.” (Jacinta isn’t listed on Sistering’s Board of Directors, but she reps the organization in her social media profile.)

And, as Womanista suggests, Jacinta is “very outspoken on female empowerment,” and is likewise “very clear about her morals on social media.” She was an active participant in the Women’s March on Washington this past January, and may have been an influence on Jonathan’s decision to speak out against cyber bullying in the wake of that event.

So it’s obvious the two are as compatible and as happy together as they are cute. Jacinta dropped the “L” word this past Valentine’s Day…

…before that, she and Jonathan spent Christmas together…

Have yourself a maui lil Christmas #merrychristmas pic.twitter.com/EOIWy0cv2r

…and in fact they’ve been together for over a year:

Wow, it's been a year. I never knew I could laugh & love this much ❤️

The People feature further points out that Jonathan and Jacintalive together in Toronto. But if Jonathan does pop the question to Jacinta, he’s going to have to do something superhuman to keep pace with his brother. Last year, Drew Scott set the bar like an Olympic athlete of marriage propsals: before getting down on one knee for fiancée Linda Phan, Drew recorded his own cover version of the Train song “Marry Me,” and had Toronto restaurant Piano Piano play the track during Drew and Linda’s dinner–at which point the restaurant staff brought out a cake decorated like the cover of Oh, The Places You’ll Go, Linda’s favorite book, except the text read “Oh, The Places We’ll Go.”

Then–and only then–did Drew bring out the engagement ring he’d kept hidden on his person for weeks and ask Linda to be his bride. Your move, Jonathan.

PHOTOS Katy Perry’s childhood love letters up for auction, as cute as you would expect